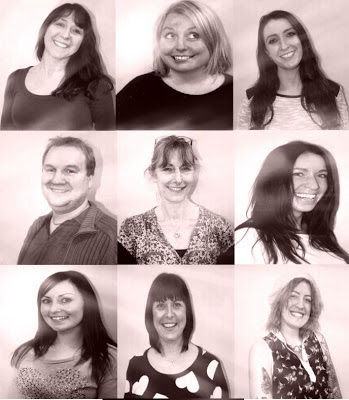 STEPPING OUT
Kytes at Brentwood Theatre
17.05.13

Richard Harris's dance-class classic is set – and frequently performed – in a church hall.
It follows a mixed-ability group of women [and Geoffrey] as they prepare a tap number for a charity show. As in A Chorus Line, we learn something of their lives, too, before they leave angst and animosity behind them in a sparkling finale.
Paul Sparrowham's production is full of throwaway observations – Chrissie Mallett's Sylvia and Daryl Adcock's brilliantly cantankerous Glenda particularly good at this – and has a strong cast of contrasting characters. The group dynamic is not consistently sustained though, and some of the lines, and all of the footwork, tend to be lost to the back rows. Claire Hilder is the choreographer [the dance sequences are excellent] as well as the teacher in the show, which must have made for some interesting rehearsals. I loved the moment where she stood at the back and proudly watched her ducklings in their final dress rehearsal.
Many other watchable performances, including Jackie Parry's insufferable Vera and Cindy Halliday's Maxine, who was once in Annie … Gary Catlin catches Geoffrey's insecurity well, though seems far too young for the part, with Kate Evans as poor little Andy.
Fred Astaires, buffaloes to the left, the pressure of impending performance causing cracks in the camaraderie, and, as an encore, the tappers twelve months on, with hats and canes both mastered, and Mrs Fraser hoofing it with the best of them.
on Saturday, May 18, 2013