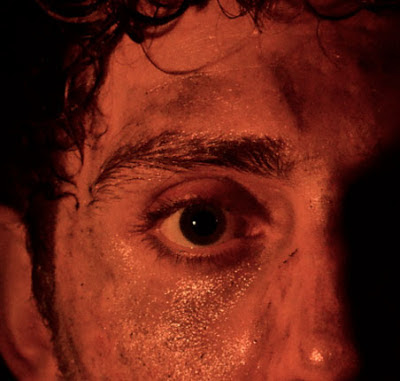 The Scottish play for voices in the darkness ?
A commendably innovative, if not always convincing, take on Macbeth from London Contemporary, no strangers to radio. An hour and a quarter, the gloom pierced only by the emergency exit lights, with raw ambition and bloody murder going on in the darkness around us.
Kevin Williams' production has no shortage of inventive ideas – there are smartphones and iPods in this medieval realm – the feast, and the sleepwalk, both have faintly glowing red balloons, the dagger before him is just a line of light. The porter is heard only on the entry-phone; Birnam's moving grove is signalled over the battlefield radio set.
Occasionally the shadowy forms become clearer; candles, a brazier, a cigarette lighter draw the eye. The clearest face is Banquo's [Craig Morgan] as he returns to haunt his murderer. The prophecies are projected onto Macbeth's naked torso.
The voice which consistently compels our attention is that of the Thane himself, played with an impressive range of vocal expression by Noel Harron. Shakespeare's text, considerably abridged, is embroidered by bells, screams, cackles, thunder and ominous footsteps.
Macbeth in Pitch Black is directed by Kevin Williams, composed by Philip Ryder and designed by Jonathan Ashby-Rock.
on Friday, May 24, 2013