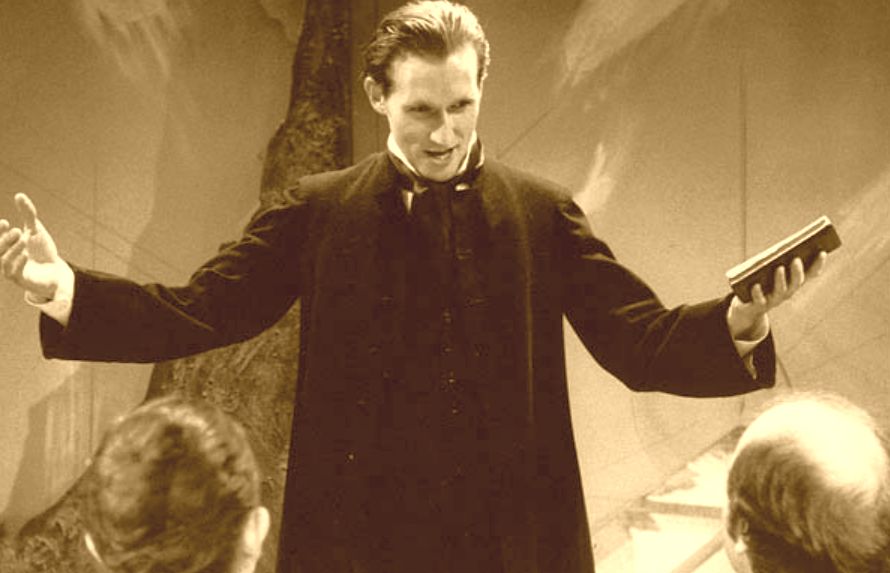 Jurors, ﬁrst at inquest, then at manslaughter trial, we weighed the evidence for and against Essex’s Peculiar People.
This sect, which rejects conventional medicine, was born in l840. The trial of an elder, whose son died of diphtheria, took place in Chelmsford Assizes in 1907.
Today, the emotions of a century ago touch the lives of a young couple newly arrived from Putney.
This fascinating four-hander, written by Robert Rigby, had all the hallmarks of an Eastern Angles production. A local connection — the farm cottage is in Paglesham, near Rochford, brilliant use of music, composed by Pat Whymark - the historical back-ground was sung in four-part harmony, and a solo cello spanned the years and raised the ghosts — and superb ensemble work from a talented company.
The fanatical founder of the Peculiar People was Julian Harries. His conversion and subsequent self-doubt were among the strongest scenes in a powerful play. He was also the migrant yuppie of the 90s, searching for certainties of his own. The simple man who watched his child’s agony was played with quiet conviction by Leonard Webster, who also put in a lovely cameo as a sinful poacher. The women, strong in suffering, often doubting their menfolk’s wisdom, were Ali Walton as Jill, the 90s wife, and Oona Beeson as the mother of the dead boy.
This moving and thought-provoking play, directed by Ivan Cutting, is on the region’s roads for two more months. It’s worth travelling to see.

archive photo by Mike Kwasniak
on Friday, March 06, 1992 No comments: