Three dozen kids burst into the hall from every entrance, making an arresting start to a remarkable evening.

Gavin Wilkinson's Tomorrow's Talent Company had just four days to put this show together. Some of the performers were experienced troupers, but most were youngsters, some appearing in a musical for the first time.

It was thanks to West End musical actors Gavin, his assistant Emma Tapley and his MD Corrie Mac that the end result was so impressive.

The simple songs, close-to-home characters and linear plot of Willy Russell's play made it a good choice for this group. Lively numbers came thick and fast: the Fairground Song, I'm In Love With Sir, and Boss of the Bus just three examples, the latter cleverly reprised at the end to get the large cast out of the arena.

Jess Moore as the dim Carol, whose crisis on the cliffs is central to the plot, Joe Toland as the stuffy Mr Briggs, and Gregory Bennett as the bus driver all gave memorable performances, but even the cameos were telling: Andrews, Digga and Reilly, Milton, Maurice and the Bored Girls all had their moments in a first-class family show.

This was Gavin's first summer school for Tomorrow's Talent. During the school holidays he's at St Peter's College in Chelmsford with free workshops, including another musical against the clock, the Broadway smash Rent.

Jeffery Wilson Quintet at the Cramphorn


It was a rags to rags story. Starting with a finger-cracking Jelly Roll Morton marathon from Peter Marshall, who not only did most of the evening's arrangements but also played trumpet and piano, and even treated us to a vocal.

And it finished, two and half very hot hours later, with a remarkably lively Tiger Rag.

The “history” was reduced to a bit of name-dropping and anecdotage: Benny Goodman's coat, Ma Rainey's teeth, Irving Berlin's piano. We learned about the disputed origin of this “decadent music” - jazz history is a fiction, Wilson assured us – and the influence of klezmer music brought to the US by Jewish immigrants.

But it was the music the capacity crowd had come for. Two Ellington medleys, familiar numbers featuring Jeffery's sweetest clarinet, and, in Caravan, some serious sax. Mark Bassey's wonderful trombone was prominent in the line-up, and the powerhouse was provided by Les Cirkel on drums and Murray Salmon on bass.

Pop tunes [ the Beatles, arranged imaginatively by Peter Marshall ], standards – Michel Legrand - and even a new composition, Brazilian Breeze, with improvised percussion and a real sense of fun.
on Saturday, July 26, 2008 No comments:


A telly actress, a professional child, an old ham from “Stratford Rep”, a Hull Trucker. All of them savaged b 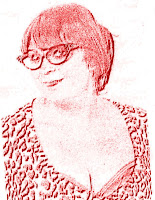 y the poison pen of tabloid critic and nasty woman Doris Wallis. And all dreaming no doubt of Theatre of Blood vengeance.

Doris is sadly unaware of the difference between hubris and hummus, and sure enough, after the interval, she is roundly humiliated between the libel courts and Wogan's sofa.

Ben Elton's 1991 comedy, written for the ample talents of Dawn French, was riotously revived by director Vince Webb and an enthusiastic cast.

Catherine Bailey was a loud, selfish, callous hack, with Kate Olson excellent as “Peggy” her mousy PA. Mike Nower was doubly convincing as “Douglas” the mild-mannered accountant, with Paul Macklin relishing his moments as “Eduardo” the jail-bait toyboy.

Phil Osborn was “Sidney” the red-top editor, with just the right aggressive tone, and a vocal delivery from the 'Enders school of acting – the articulation of the word “slag” the acid test here.

Some of the first act dragged a bit, with Elton's scatter-gun one-liners sometimes lost in the decibels. But the actors clearly enjoyed the coup-de-theatre denouement, and so did we.
Though I'd hardly dare say otherwise ...

“Harder, better, faster, stronger”; the opening routine, choreographed, like much of the work, by Jemma Sawyer, was relentlessly energetic in hoodies and masks. But its title could well stand for the ethos of the whole evening.

Essex Dance Theatre, led by the inspirational Debbie Holme, has encouraged generations of young people to express themselves physically. Their community work reaches parts where traditional dance schools rarely venture, and their work is invariably challenging and exciting: the loose-limbed jive of The Red Light's On, the emotional punch of the opening of Pin Ball Wizard, the empowered good-time girls, elegant in little black dresses, in Big Spender, and the spectacular ending to I Know Where I've Been, choreographed by David Nurse. 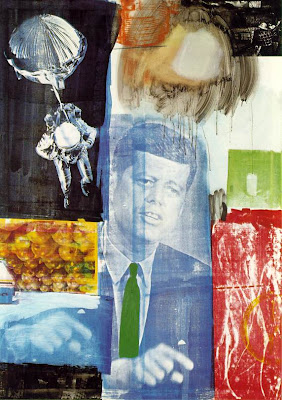 Some of the most impressive work on show here was prepared by students for their exams. Craig Wakeling's Retroactive 1964, inspired by the iconic Rauschenberg, for which Craig prepared the music track and also discussed his ideas with the artist just before his death in May. And the more traditional Narcissi, with Craig joined by Josie Pavely. And Mendisi Tshuma's powerful autobiographical piece, expressing his feelings about his native Zimbabwe and his exile in Essex.

There was tap, the hard-to-avoid Hairspray, two successful audition pieces, and to end, the EDT's signature piece, The Knowledge. 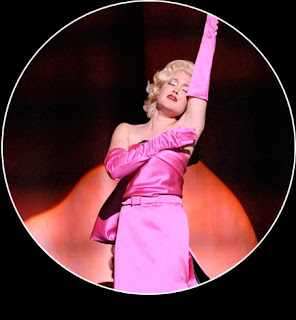 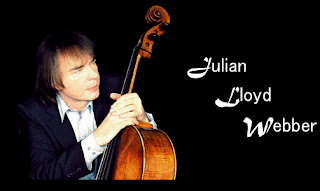 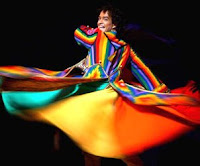 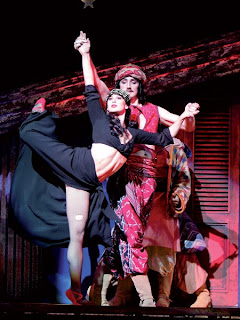