A healthy queue outside the Parish Hall for a wallow in the Carry-On nostalgia that is 'Allo 'Allo, a sitcom shoe-horned onto the stage by authors Lloyd and Croft.

The audience knew what to expect, of course, and Sheila Talbot and her hard-working cast duly served it up. Suggestive sausages, a Gestapo suspender belt, an inflatable Hitler, not to mention the famous Fallen Madonna.

Alan Ireland was a likeable René, though a little nervous at first, and Paul Saddington made a magnificent Edith. Boot Banes looked every inch the Colonel, and gave a very plausible performance, whereas Jeremy Pruce, as the vowel-mangling Crabtree, never really seemed in touch with the humour.

Campaign medals to Roger Saddington as the stock Italian, and Caroline Wright as a suitably ice-cold Helga. Kenton Church made the most of Flick, and Vicky Wright and Jean Speller were the café crumpet.

Sixteen scenes and an interval in two hours – that's the sitcom showing through – but the musical links held it together, and the set was well used. But you really need to milk this material for all it's worth, and we were aware that there were laughs going begging. Chuckles of recognition where we should have been rolling in the aisles ...

Humph has been a bandleader for almost sixty years. As he says, it's a fantastic way to earn a living.

He brought his latest line-up to the Civic last weekend, playing two generous sets to an appreciative capacity crowd.

Nostalgia was the prevailing mood, as for instance in the lovely Makin' Whoopee, featuring Ray Wordworth's trombone, in Lyttleton's own Doesn't Time Fly, and the superb sequence of classic ballads, culminating in Sad Sweet Song.

Relative newcomer Jo Fooks [sax] wrote a lively, listenable piece entitled M25, and Rob Fowler brought an organic sax sound to Trouble in Mind, as well as contributing significantly to Echoes of the Duke, written by Humph for a 1984 album devoted to his hero Ellington.

Each half sent us out with a smile: the African-inspired number before the interval was full of sunshine and exuberance, and, as an encore, there was an exquisite silk purse arrangement of that wartime sow's ear, Mairzy Doats.

Humph's ramblings are carefully judged, and, while his playing nowadays is a triumph of style over substance, his charisma and his musicianship still amaze and delight.

M&G Concert at the Civic

“A celebration of melody” - that was conductor Dominic Wheeler's promise to the audience at the third of this season's M&G Civic Concerts.

It held true even in the World Premiere – a CLS commission written by their trombonist composer Dan Jenkins for their trumpeter Nicholas Betts. Jenkins visualizes a fictional punter, enjoying Rossini's William Tell Overture – which began Sunday's programme - and wondering why they don't write tunes like that any more. So he sets out to bring us accessible work - “nice melodies ... nothing too hard on the ear.”

His Trumpet Concerto, dedicated to the memory of Roger Brenner, was inventive, almost catchy, especially in the light-hearted third movement. Betts gave a virtuoso performances, including some lovely dreamy passages on the flugelhorn, not often heard in a symphonic setting.

The Sinfonia ended the concert with a brisk Beethoven Seven. Wheeler brought out the lively melancholy of the work, in a meticulous reading. The Allegretto [more tunes]was less of a dirge than it sometimes is, and the nimble Presto and the breathless Allegro con Brio were driven along by the stylish timpanist, none other than the legendary Tristan Fry.

I'd spotted the flamboyant percussionist early on, but I had to be told - via a scribbled note from DLS, just who he was. 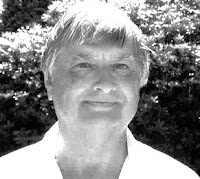 Tristan Fry began his career by joining the London Philharmonic Orchestra at the age of 17. He was a founder member of a number of ensembles, such as the Nash, Fires of London and the London Sinfonietta. He also became involved in many commercial recordings, TV shows and films, playing on such diverse soundtracks as the Beatles records, James Bond films, Dr. Who and the Rolf Harris shows. Tristan is the timpanist with the Academy of St. Martin in the Fields Orchestra and has performed on the majority of their recordings and in concert. He is the drummer with the pop group SKY, has given many solo concerts of avant garde percussion repertoire, and has hosted a TV show, "Countdown to the Festival". He played in John Dankworth's orchestra, recorded the Bartok Sonata for Two Pianos and Percussion three times, and performed in concert with such legends as Frank Sinatra, Duke Ellington, Fred Astaire and Stravinsky.

Nunkie Theatre Company at the Cramphorn

An academic snoozes in his armchair. He wakes to share with us a couple of ghost stories from the master of the genre, M R James.

R M Lloyd Parry is a consummate performer. Sticking very close to the text, he nonetheless makes each story sound fresh and spontaneous, and convinces us that we are individually his only audience.

Both stories come from Ghost Stories of an Antiquary. The first, The Ash Tree, is a creepy tale of witches and revenge. The second, also set in East Anglia, is the more famous Whistle and I'll Come to You, a more subtle, scarier story altogether. It was wonderful to watch Lloyd Parry make an apparition from a handkerchief, and, at the start, press his lonely supper into service as a lively High Table conversation. Best use of soup in a supporting role. There was humour, too, especially in this second piece, drawing us in to the narrative.

For atmosphere, the shadowy figure of the storyteller was lit only by a couple of candles, and although this was undeniably effective, even in the Cramphorn, we did lose some detail, and occasionally, words decayed too quickly into the darkness.

But a tour-de-force of the story-tellers art, and I'd certainly travel to hear him again, perhaps in a suitably spooky setting.

Always a seasonal treat to travel to Little Waltham for their traditional village panto. And this Dick was one of the best of recent years.

A strong cast was led by stalwarts Richard Butler and Gill Haysham. It was a pleasure to watch them work off each other and the volatile matinee house: the front-cloth banter leading up to A You're Adorable was pure magic.

Sable Corrie purred and preened inside a wonderful costume as Tommy; her foe King Rat was Mike Lee, also magnificently dressed as a rodent Goth. Steve Buscall blustered nicely as the Captain, with Andy Walker as his first mate.

Our level-headed, thigh-slapping hero was Sue Joyce, with Lisa Jones charming as Alice and the inimitable Glyn Jones as her father. And a special word for Karen Wray, promoted from follow-spot to Fairy at four days' notice.

I liked the running gags – throwing painful missiles into the wings – though we could have had more groanworthy jokes, and local references. The Weekly News did get a mention, as did sponsors the Rose and Crown, where we had an excellent Sunday lunch before the show. Though the service was a little slow - excellent home-made Yorkshire puds, though.

Characters and story lines come at us thick and fast, laced with inventive wit and just a hint of schoolboy smut - the arch-villain's sidekick is called Nadgers ...

We rush from Venice to the Alps - a quick singalong involving Heidi and her grandad's goats - and we're back in London for the climax on the clock face.

Eastern Angles have perfected these skilfully silly Christmas shows over the past ten years. Performances are just far enough over the top, and the music and the dancing are a bonus.

The loyal, local audience loved every minute. So did I, and Arts Council willing, I'll be back for more next Christmas.

First show of the year, and it'll take a bit of beating for sheer entertainment value.
Julian Harries's spoof, with music by Pat Whymark, who also directed the five actors in a joyfully pacy romp, poking fun at the music hall, Hitchcock and much more.
The humour was gleefully Round the Horne - the Baron's sidekick was named Nadgers - and the twists and turns of what passed for the plot kept us all on the edge of our seats.
on Wednesday, January 02, 2008 No comments: