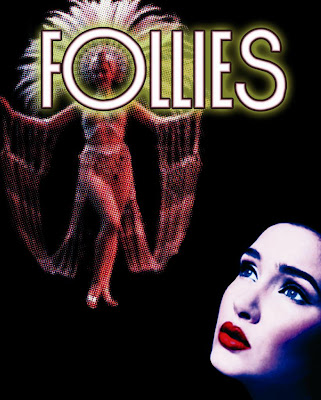 My first "Follies" was an amateur production – a student company from the States brought their version to the Edinburgh Fringe in the late 70s.
The chief problem is finding singing actors of the right ages for Sondheim's characters. A problem not resolved in Cambridge: the overlap of ages softened the impact of this story of neuroses and nostalgia.
But Jacob Allan's production did boast some very fine performances, especially in the second half. Steve Waring was an excellent Buddy. His aggressive/tender The Right Girl was spot on, his "two ladies" Blues a delight. Toni Grantham sang Losing My Mind impressively, in a lovely diva dress. Costumes, of which this show requires loads, were an issue elsewhere, the wrinkly body stockings and the shiny fabrics not enhanced by the haphazard lighting, which did no favours to the set, either, its stairs contriving to hide most of the entrances behind painted woodwork. Rachel Bye, though far too young to have lived Carlotta's life, handled her anthem very effectively – a highlight of the show, as it should be.
Trenetta Jones brought big-hearted honesty to Phyllis, well matched by her younger self, Camille Jones. Indeed, all of the youngsters made a fine job of their roles. I found Matthew Chancellor's Ben a major weakness, lacking the dramatic intensity needed for the dialogue, and for his numbers.
And it was a shame that the emotion and the impetus were allowed to flat-line occasionally.
In the smaller roles, enjoyable work from Richard Socket as Dimitri, Anna Murgatroyd as Heidi, Norman Grantham doubling as Max and Vincent, and Kirsty Smith as Solange, though the whole vaudeville Montage seemed underpowered.
Lucas Elkin was MD, the band, as often at the ADC, in a room down the corridor, with some loss of immediacy, though I did appreciate the cocktail piano live on stage. Follies was choreographed by Emma Olley – the Mirror number impressively tapped, though no room for proper dance-class looking-glasses, alas … 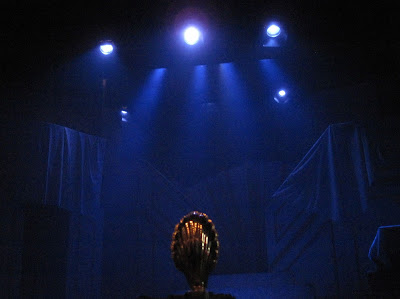