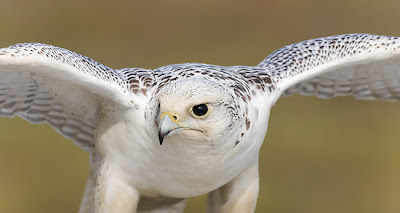 We're all having to work longer these days – I bet some of these middle managers would rather look forward to a gold watch than a "Business Outbound" bonding weekend on Derwentwater.
Tim Firth's "comedy in thick fog" has moved with the times, I see. But even a state-of-the-art Blackberry with GPS is little use once the last battery bar has faded.
Mark Godfrey's production for Ingatestone and Fryerning boasts a well cast quartet of castaways: Tony Szalai is the annoying know-it-all Neville, Martin Reynolds the insensitive Gordon, sarcastic and negative, Duncan Hopgood Angus, in his camouflage gear, with most of the stock of the survival shop stuffed into his backpack. And Roy Hobson is the god-bothering birdwatcher whose superb treetop soliloquies are a hint of the weird ending to come.
"Office sociology – Lord of the Flies" – neatly sums up the theme, as 21st century values are abandoned and figurative fridges are cleaned out.
On the broad stage – shame not to share Rampsholme Island in the round – we have rocks, water and an impressive tree stage right. Some of the set pieces work very well – the sausage sequence, the distant disco boat – others, maybe through hesitancy or insecurity, less so, like Gordon's attack on Roy's religion.
But, from Bilk to Verdi, a telling blend of lighter and darker moments, with the four orienteers giving their all for the team on this muddy, bloody fight for survival.
on Monday, May 27, 2013