IN THE DEAD OF THE NIGHT 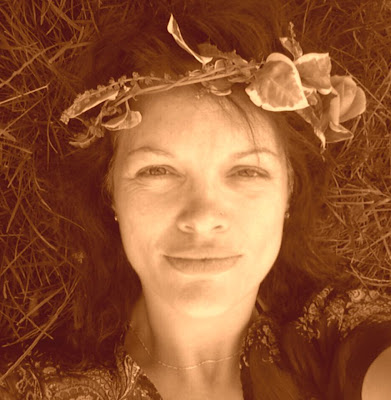 IN THE DEAD OF THE NIGHT
The Just Imagine Company at the Cramphorn Theatre
02.11.13

Seasonal stories in the Cramphorn: for Halloween, two twisted variations on the vampire legend, and for Remembrance-tide, a soldier's tale of ghosts, the trenches and good red wine.
This was Duncan Wood's The Known Soldier, performed by Callum Monk McGowan. Framed by soundscape of war and archive film footage, a student, busy with a dissertation, consoled by Fats Waller, makes a killing by selling a victory medal online, and is haunted by the hero who won it. McGowan's voice and movement brought much to the narrative, though the words sometimes sounded awkward.
Kate Millner brought her mesmeric stage presence to the two very different vampire pieces. In Sister of Mercy, by local author Simon Mawdsley, whose Housebound impressed at this year's One-Act Play Festival, a severe nurse in a grim Victorian hospital is entranced by a sick soldier and brings peaceful release to her elderly charges. A chilling story, told by a character realised with subtlety and some sympathy.
Sympathy too for the Wicked Stepmother, whose voice told the first offering, Neil Gaiman's 1994 Snow, Glass, Apples. “A witch, not of the story kind”, a wise woman gifted with fangs as a wedding gift from Snow White, the villain in this deftly re-imagined version.
Not simple story-telling, as Ben Haggerty might do, nor dramatized readings, nor monologues, but an engaging, if sometimes uneasy, blend of all three.


The evening was presented by Just Imagine – part of an event that also included sessions for younger audiences. Let's hope they will be encouraged to bring us more stories, such a valuable part of our literary and dramatic landscape.
on Sunday, November 03, 2013

Email ThisBlogThis!Share to TwitterShare to FacebookShare to Pinterest
Labels: cramphorn theatre, IN THE DEAD OF THE NIGHT, just imagine