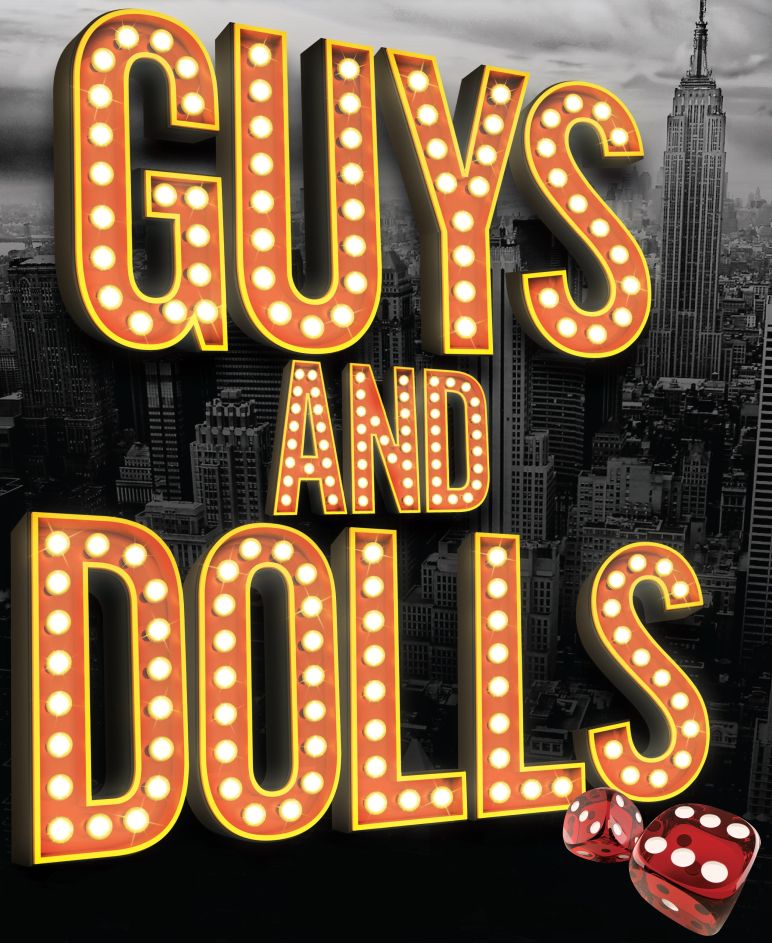 The style is set by the busy Runyonland prologue: gauze, Broadway neon, and the complex choreography of the devil's own street, peopled by tourists, showgirls, gangsters, molls, matrons and of course the marching band of the Save A Soul Mission.
All moving to Frank Loesser's classic score, played by a pit band of a dozen giving the John Wilson sound a run for its money – the conductor is Stuart Woolner, and the show's Musical Director Rachael Plunkett.
In the vast arena of the Cliffs Pavilion, Suzanne Walters' production takes a broad brush approach: lines are pointed, gags are semaphored, numbers are belted, lest the back of the gallery should miss out.
But it's a slick, professional-looking show, helped by great costumes [though I've seen better kitchen showers] and a wonderful set [by Proscenium] which flies and glides into place with well-oiled precision. The streetscene, the mission hall, the sewers, the Hot Box night-club, even Havana, are all effortlessly and stylishly magicked into existence.
Most successful at bringing charm and subtlety to his character is local lad Mike Cater as Sky Masterson; he has a glorious singing voice too [I'll Know, My Time of Day], and bags of charisma.
Heather Cooper is his Sarah Brown, the mission doll who tastes forbidden fruit and Bacardi as the result of a bet, and eventually brings her Obadiah into the fold. She puts over her numbers with panache: If I Were A Bell, and Marry the Man, duetting with Miss Adelaide, Laura Hurrell outstanding in the much more rewarding role of cabaret artiste, hypochondriac and perpetual fiancée.
Her man, Nathan Detroit is played by Les Cannon, and his fellow low-lifes – evil-looking sinners to a man - are all excellently done, from Ian Benson's Nicely Nicely to Ian Scoging's Harry the Horse with his trade-mark neigh.
Plenty of opportunities seized in the cameo department too; Liz Green's myopic Agatha, for instance, or Ian Gilbert's strong, silent [and powerfully still] Big Jule. And Dick Davies makes the most of old man Arvide's moment in the spotlight, with a beautifully sung More I Cannot Wish You.
The ensembles are spectacularly choreographed by Adam Gaskin, who also plays Rusty Charlie. Luck Be A Lady, the impressive boat to heaven, the bar-room brawl and the cheesy chorines from the Hot Box in their Cabaret bustiers.
Plenty of clever touches, too, like the blink-and-you-miss-them dreams of domestic bliss.
SODS have an enviable reputation for West-End quality musicals, witness the coach-loads turning up for this well-attended matinée.
Next time out, we swap the Hot Boxers for the Cagelles, with a rare amateur outing for Jerry Herman's La Cage Aux Folles.
on Thursday, November 21, 2013