MUSIC FOR A SUMMER'S EVENING 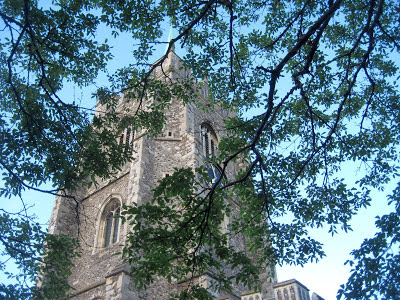 MUSIC FOR A SUMMER'S EVENING
Chelmsford Singers at Chelmsford Cathedral
15.06.13

Rare summer sunshine as we arrive at the Cathedral for a programme which must be one of the most demanding the Singers have given, devoted in the main to the work of Benjamin Britten in his centenary year.
The climax was five of the Gerard Manley Hopkins settings which make up AMDG, not performed until after the composer's death. Challenging both vocally and intellectually, the poetry as dense and complex as the score. The Singers, guided confidently through the work by James Davy, gave an impressive account, culminating in the positive, powerful Soldier.
More accessible, perhaps, was the opening work, the Choral Dances from Gloriana, the peal of Time, the comfortable harmonies of Concord and the gleeful Country Girls. And the Flower Songs, the last of which, Green Broom, with the rhythmic pulse of the title passing from upper to lower voices – fiendishly difficult, but great fun.
The Agnus Dei from the War Requiem set the poetry of Wilfred Owen, movingly sung by the young tenor Richard Robbins, against the Latin Lamb of God from the choir. Robbins also gave us dramatic performances of the first Canticle and the Cradle Song for Eleanor.
Breathing space for the singers was provided by organ tributes to Victoria and Monteverdi by Britten and Tippett, whose Songs from the British Isles, including a lively Lilliburlero, opened the second half. 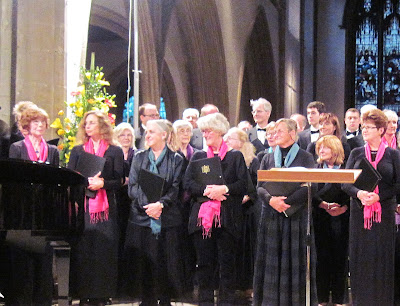