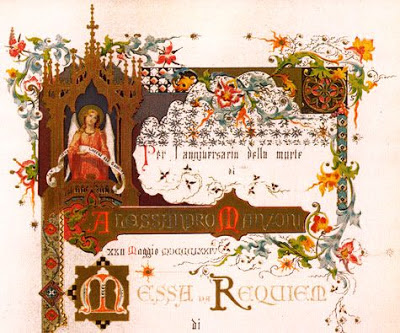 Celebrating forty years of music-making, the Waltham Singers filled Chelmsford Cathedral with Verdi's gloriously theatrical Requiem.
Andrew Fardell has been at the helm for most of those years, and his inspirational direction was never more in evidence than here [the breathless silence after the final bars a measure of the effect of this memorable milestone]: the dramatic dynamics were carefully measured, allowing some effects of contrast – hushed murmured "requiem aeternam" against apocalyptic "dies irae" – which counted for much more than mere firepower. The thundering drum beats were given added impact by a brisk tempo and excellent diction from the choir, who were on magnificent form here, especially in the closing Libera Me, the energetic double chorus Sanctus and the sincerely sung Agnus Dei.
Mixed fortunes from our quartet of soloists: Phillip Joll's baritone was a commanding presence, and John Pierce's tenor made a fine entry in the Kyrie, and a polished Hostia. When the voices of Sarah Pring and Kimberly Myers blended, in the Recordare, say, or the Agnus Dei, the result was spell-binding. And Verdi would surely have approved of Myers' fervent prayer in the moving final moments, serendipitously backed by the chimes of the Cathedral clock.
The orchestra was the splendid Salomon, making a huge contribution to the impact of this performance, with superb work from the brass, not least the trumpets sounding the Tuba Mirum.
on Sunday, March 17, 2013