PARIS IN THE SPRING 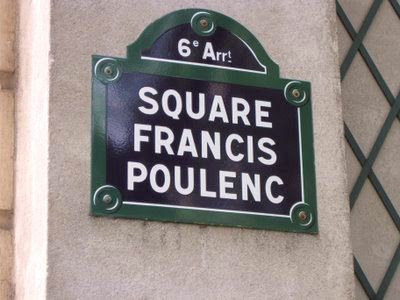 PARIS IN THE SPRING
Writtle Singers in All Saints Church
17.03.13

In a typically meticulous programme, the Writtle Singers took us on an organ-stop tour of Paris churches.
Saint-Sulpice for Marcel Dupré, whose exquisite O Salutaris began the concert; round the corner to Sainte-Clotilde, and César Franck's familiar Panis Angelicus, with an impressive contribution from the men's voices. Still on the Left Bank, Saint Etienne du Mont for four plainsong motets by Duruflé, perhaps closest to the sound of the average French church choir. 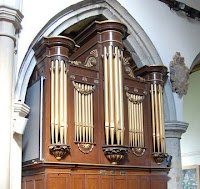 Over the Seine to Notre Dame, for a miniature lullaby for the organ by Louis Vierne, played by the Singers' accompanist Simon Harvey. On Writtle's modest Johnson instrument, standing in this evening for nobler organs, he also gave us an arrangement of Fauré's Pavane. The same composer's Messe Basse, for upper voices, was given a touching, simple reading to end the first half.
After the interval [a very acceptable Corbières] some secular music – a light music madrigal from Fauré, a wicked gossip song from the Renaissance, and two charming traditional songs beautifully delivered by Elizabeth Tiplin. This mix of sacred and profane was an apt introduction to the Mass in G of Francis Poulenc, a challenging work sung unaccompanied, in a performance capably shaped by Christine Gwynn's direction, with a lively Gloria, richly textured Hosannas and an ethereal Agnus Dei to end.
on Monday, March 18, 2013

Email ThisBlogThis!Share to TwitterShare to FacebookShare to Pinterest
Labels: all saints church, PARIS IN THE SPRING, writtle singers