THE DIARY OF ANNE FRANK 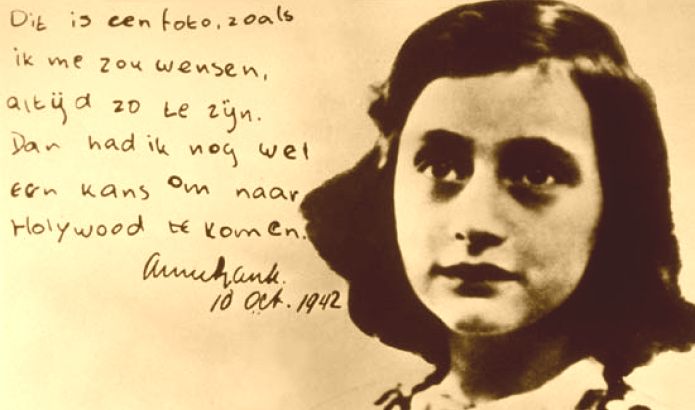 Lin Pollitt's staging of the Anne Frank story begins with an atmospheric epilogue, as Otto Frank, survivor of the camps, discovers his daughter's diary; it will be her immortality – her tragedy will stand for the suffering of millions.
She is played here by Claire Hilder, who neatly captures her bright-eyed innocence, her showing off, her teasing, tender relationship with Peter [Richard Spong]. He's excellent as the shy teenager, acutely aware of his fate: “Who's going out?” he asks as he cuts the Star of David off his coat.
David Lintin brings a simple sincerity to Otto Frank; there's a nice dramatic contrast between the homely, nervous Edith Frank [Debbie Ann Shears] and the silly, flirtatious Petronella van Daan [Laura Fava].


The open-plan achterhuis brings fluidity to the action, but is less successful at suggesting the claustrophobia of the secret annexe. But the fraught atmosphere, everyone on edge, is well suggested, with sounds of soldiers on the street, aircraft overhead. Nicely crafted dramatic moments, too: the sisters staring as Van Daan [Peter Baker] is caught stealing food, Anne's thoughtful Hanukkah gifts, and the stark coda, replacing the original final scene, in which each character's fate is impassively revealed. A sombre, sobering ending, with tears shed on both sides of the fourth wall.
on Sunday, October 12, 2014