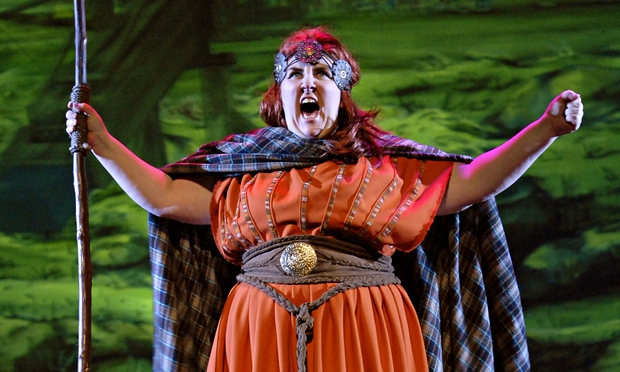 Who you calling barmy ? Well, a historical ragbag of characters that made this country great, from the Vikings to Queen Victoria. All of them brought to life in a shamelessly silly couple of hours that also managed to feed us some fascinating facts from our island's story.
It all began with a pair of nothing-o-see-here jobsworth traffic wardens [Alison Fitzjohn and Laura Dalgleish] who soon get roped in to join Benedict Martin and Gary Wilson to romp energetically through the footnotes to the history books, against an animated cartoon backdrop [in glorious Bogglevision for Act II].
A Valkyrie Boudicca, Vikings looking to relocate to Lindisfarne, Muslims massacred at Acre, William [from the audience] cured of the Black Death, the Groom of the Stool, a Whipping Boy, Henry VIII as a petulant puppet, a TOWIE Dick Turpin, a Hip Hop Widow of Windsor, and comedy Bones in their Pockets Irishmen Burke and Hare. Lots of Game Shows – Guy Fawkes on “Who Wants to Blow Up Parliament?” - and a few genuine surprises, like the Dale Dyke Dam Disaster, whose 150th anniversary was commemorated this year.
Even the causes of the Great War were given a knockabout outing, before a properly respectful moment of remembrance, with a biplane strewing 3D poppies over the stalls.
on Wednesday, October 22, 2014