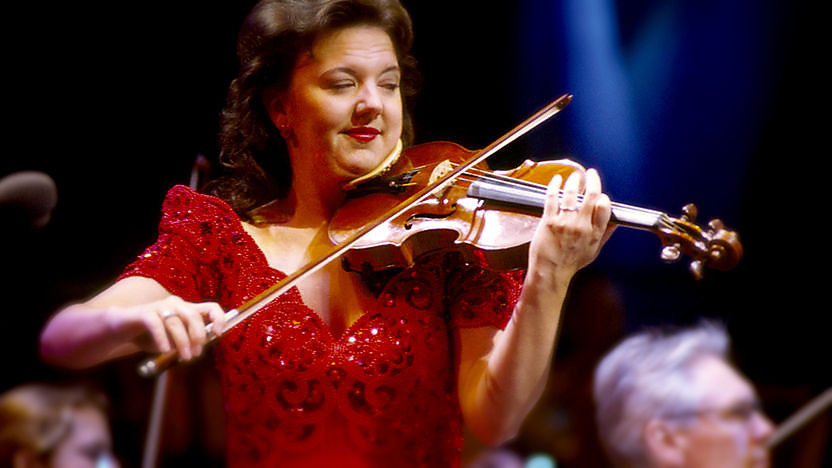 The first of this season's Civic Concerts featured two works inspired by the seasons.
First, Piazzolla's Cuatro Estanciones Porteñas – four contrasting Tango-flavoured movements depicting the seasons in Buenos Aires. Originally a piano work, this version, by Leonid Desyatnikov, brings it closer to Vivaldi, in a virtuosic violin concert. Brilliantly played by the LMP and Tasmin Little, with a lovely cantabile cello theme for Autumn from Sebastian Comberti.
Roxanna Panufnik's World Seasons borrows ideas and idioms from various musical cultures, without ever imitating. Autumn in Albania is a punchy, rhythmic dance movement, with a poignant love song following the cadenza. Tibetan Winter, complete with singing bowl [Comberti again], is hauntingly ethereal, and Indian Summer is sultry, smoky with a blazingly intense finale, redolent of the Holi Festival of Colours.


These two alternative almanachs were bookended by familiar favourites for string orchestra: Tchaikowsky's lively, lilting Serenade, directed from the leader's chair by Tasmin Little, relishing the rich sonorities of the writing, and Eine Kleine Nachtmusik, with leader Simon Blendis directing. Hard to bring anything fresh to the Mozart, you might think, but this was an enjoyably crisp, brisk reading, enhanced by the clear acoustic of the Civic Theatre.
on Sunday, October 26, 2014