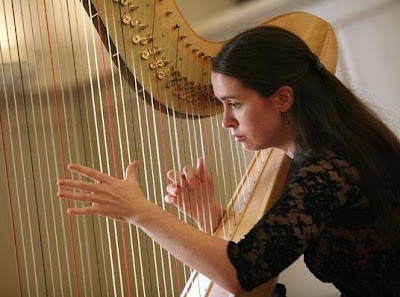 Dance was the order of the day at 59-year-old Essex Symphony’s latest offering. Waltzes, polkas and marches fell over each other in a spirited programme that also included exquisite harp solos from up and coming international harpist Melissa Kenny. Under the orchestra’s resident conductor, Tom Hammond, the highly disciplined band continued its progress towards ever greater harmonic balance.

Sibelius’ Valse Triste and selections from Tchaikovsky’s Nutcracker kicked off proceedings, with a series of familiar but challenging sequences.

The solo harp sequence started with Debussy’s Danse Sacrée and Danse Profane.The extraordinarily complex and intricate Fantasy on Tchaikovsky’s Eugene Onegin tested both the soloist and the audience as this was no easy number. It was followed by a lyrical and flowing dance from Falla’s La Vida Breve.

The closing sequence really tested the Christ Church rafters, with Strauss the son’s Emperor Waltz, Leichtes Blut and the Thunder & Lightning Polka, followed up by Strauss the father’s Radetzky March. At that point, I had the distinct feeling that even this audience (of a certain age) was within an ace of taking to the aisles.

The sequence closed with Farnon’s calm and familiar Westminster Waltz to send the audience out into a wet and windy London Road.