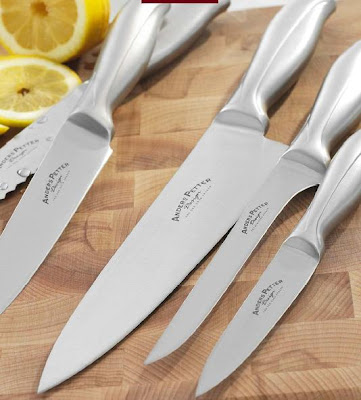 
Colchester Mercury Theatre Company in the Mercury Studio
20.09.10
for The Public Reviews
In the intimacy of the studio, hung with white drapes and a polythene banner, Handel'sLascia Ch'io Pianga on the speakers, Todd and Kali prepare.
Prepare to depart for Stockholm. Prepare a birthday meal.
But the springtime interior and the gleaming kitchen are not the whole house. There's an “attic of stars” and, later, a “dark and dingy cellar”.
Bryony Lavery's beautifully crafted one-hour two-hander mixes fantasy and reality; this outwardly successful couple are big fans of all things Swedish – Ikea and Bergman their gods – and lapse into cod Swedish when they make love. I didn't catch a name-check for Strindberg, but his spirit hovers over this haunting Dream Play. We are distanced from the action and the emotion by third person narrative - “He likes her intensity,” Kali turns to tell us. “She likes that he likes her intensity. It's something she's been working on.” Titles for the sixteen short scenes flash up on one of the white drapes.
Clare Humphrey was a powerful, vulnerable Kali. She is gratuitously vituperative about his relationships past – his parents, his ex, even a student friend from years back who may have been called Nicky. 'Retro-jealousy', they've labelled it, and its violent expression, and the “true remorse” which follows, form the destructive cycle of their relationship. Marshall Griffin was an equally strong Todd, obsessively filleting the fish for their supper. Only the ingredients were invisible in an extended, minutely observed mime.
Despite the immaculate stainless steel, the traumatic ménage from which neither can escape hides darker depths. Once we have glimpsed the dungeon, with its echoes of kidnap, child abuse, infanticide, suicide, nothing seems the same. And as a helicopter hovers, and Handel's Let Me Weep is heard once more, we feel we should perhaps see the whole thing over again, to try to spot the signs and the symbols in this unsettling chamber work.
As The Girl in the Cellar reminds us, captives can feel an ambivalent attachment to their captors. This is what psychologists call Stockholm Syndrome...
Janice Dunn's powerful production of this tightly written miniature – stripped back to the walls, observed with “Proustian precision” - is destined not for Stockholm but for Skopje in October, and in return we're seeing Dejan Porjkovski's Macedonian Hamlet in the Mercury's main house – it opens on September 29 for four nights only.
this piece first appeared on The Public Reviews