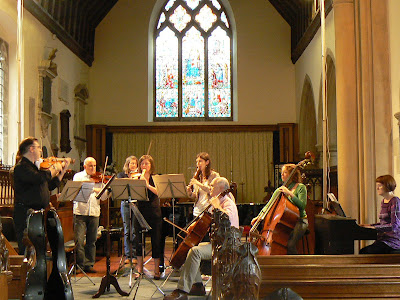 ARMSTRONG GIBBS FESTIVAL
St John Baptist Danbury
10.09.10
Last weekend saw the second festival to celebrate the work of C Armstrong Gibbs. Centred, appropriately, around the Danbury Church where Gibbs lies buried, and where he made music for many years.
The Festival began with a recital by the Griffin sisters, including some of the charming miniatures for which Gibbs is now best known. Lara gave us the Four Preludes, with a lovely evocation of water in The Trout Pool, and she was joined by Emma on clarinet for Three Pieces, including the pastoral Air, which, as she said, could well be a painting in music of the view over Danbury Common. 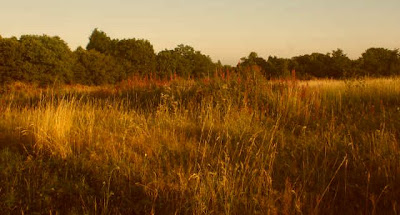 Festival Director Robert Atchison, a busy concert violinist and conductor on the international scene, was soloist in the Vivaldi Four Seasons in the Festival Concert, and also in Gibbs' Spring Garland. There was also an impressive performance of his little-known Concertino with Olda Dudnik as soloist.
There was also a successful Children's Concert, conducted by Simon Warne and featuring the talents of young musicians from Sandon School and Danbury Primary Schools, alongside Atchison's renowned London Piano Trio.
In the last of the summer sunshine, we gathered in the church for the final event: Choral Evensong with the St John's Singers and Paul Hagger at the organ. We heard Canticles set by Armstrong Gibbs, and sang his lovely hymn-tune, Lingwood.
photo of rehearsal for Festival Concert courtesy of Robert Atchison
on Monday, September 13, 2010