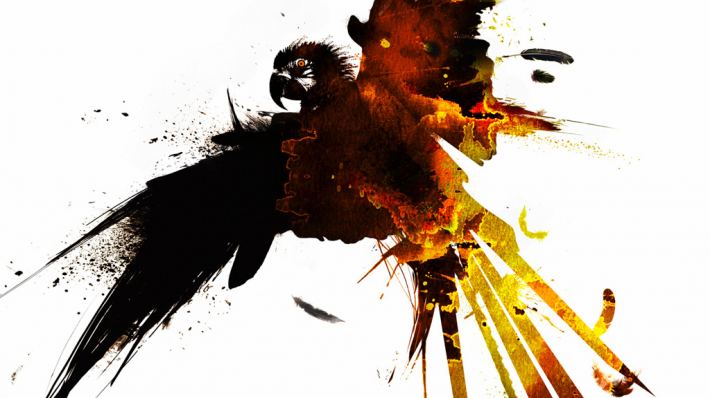 Robert Louis Stevenson gets equal credit for the National's new Christmas entertainment. Perhaps unfairly, since Bryony Lavery's adaptation starts within hailing distance of the original “story for boys”, but then drifts further and further into murky waters of its own, with Long John Silver getting poetic justice, and the pirate crew clobbered with polystyrene weapons.

Young Hawkins is female, here, “because girls need adventures too”, which actually works well in Patsy Ferran's likeable, human take on the role. But this could have been a fine opportunity for a young actor; instead we have Ben Gunn – Joshua James, who makes an impressive Caliban entrance – as a pretentious teenager, and Long John Silver, given a smart prosthetic leg, entrusted to Arthur Darvill. His stint at Shakespeare's Globe did nothing to convince me that his natural home is on our bigger stages, and his Sea Cook is never more than lightly menacing, mildly evil.
Director Polly Findlay gets some good performances from amongst her large cast – Helena Lymery's Livesey, Gillian Hanna's unlettered Grandma, Angela de Castro's colourful Israel Hands, and Tim Samuels' enjoyable Grey, the Mr Cellophane of the crew, who spots the albatross but is always overlooked, never noticed … 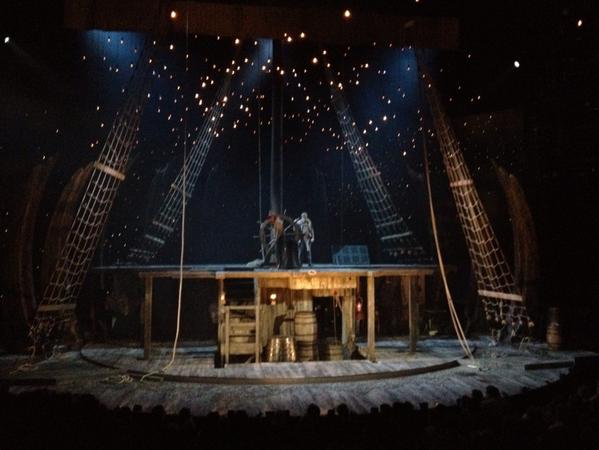 The huge set – wood henge, the ribs protecting the heart – transforms into the Hispaniola, whose fitting-out and rigging is stunningly done.

The language is often authentic-sounding, with clever, witty touches. But it's not always clear whether we're taking the tale seriously or sending it up. Probably needs to be more panto, or less. And the story demands to be more tautly written; there's too much sitting around for a proper adventure yarn.
I have seen much better versions, with much more limited resources. Dare I suggest that a hard-working cast of eight, and the imagination of the young audience, would be a better recipe for success than spectacle and a cast of dozens.
I saw a preview performance, and no doubt the pace will pick up, the scenery will behave, and the swashbuckling become more thrilling as the run continues, which it does into April 2015 ...