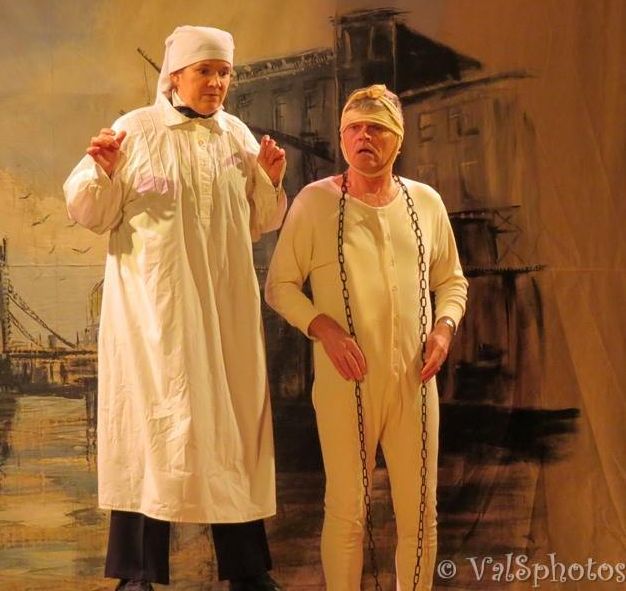 How we laughed …
Felicity's snowman would keep falling over, Mrs Reece had so much to do she forgot Tiny Tim's crutch, and poor accident-prone Mercedes, plastered and cast as Cratchit, tried gamely to brew tea for Scrooge.
Yes, the ladies had chosen Chekhov's Christmas Carol for our entertainment this year, played out against a rather splendid back cloth of The Pool of London. A major panic, caused by tailbacks in Basildon, led to an urgent appeal for a miserly old skinflint to read in for Ebenezer. I rather fancied the confident approach of the minister in the front row, but Thelma swept in in the nick of time to save the day. No such reprieve for Alfred, coaxed into a frock for the closing scene, his lines handily pasted onto wine-glass and handbag. He even got to favour us briefly with his little ukulele.
Once again Gordon was pressed into service, not only as handyman and dogsbody, but playing a handful of demanding roles, including Mrs Cratchit and the spectre of Jacob Marley, dressed only in ghostly combinations, as we called a onesie back in the days of Dickens.
I shall long cherish the duo of Gordon and Felicity as Christmas Present, and the toe-tapping duet to end Act One. Scrooge as a musical comedy – the very idea ! Mrs Dawson did wonders with the cottage upright, and apart from some sticky moments with a girlie mag, it was all good clean fun. And why don't more groups offer their audience blankets to keep out the chill … 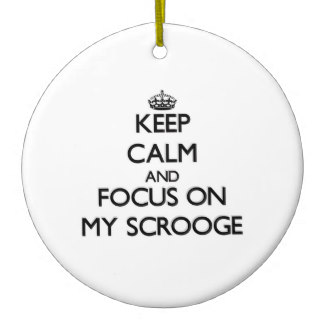