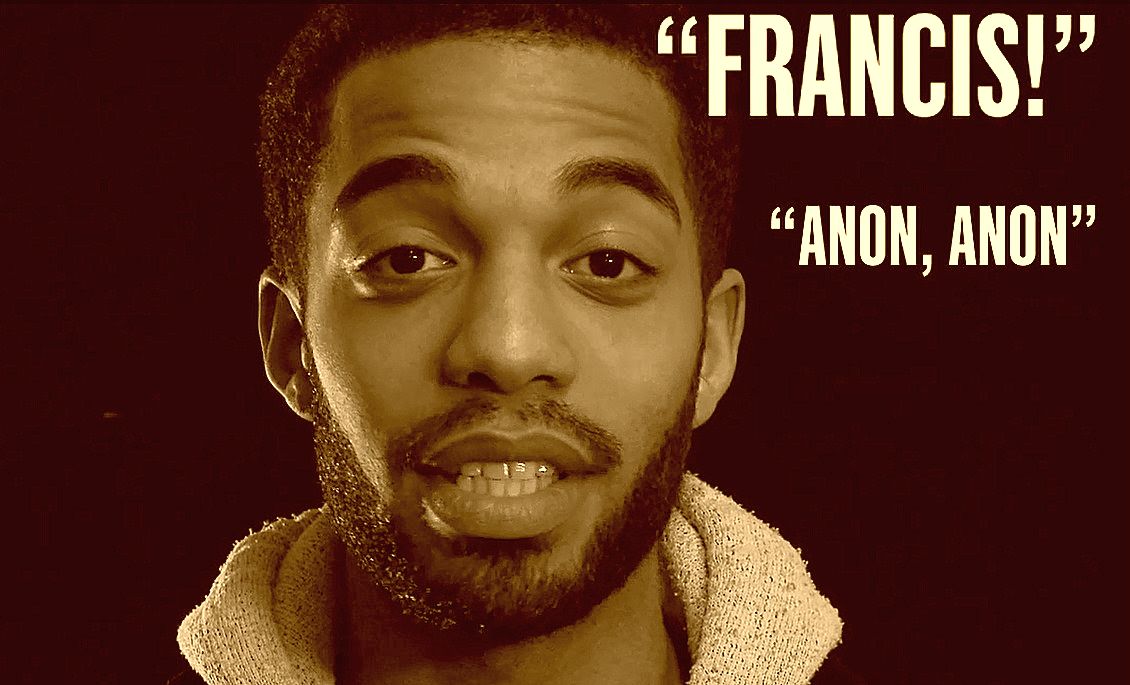 Greg Doran's agreeably traditional Henry IV comes to the Barbican after its Stratford run; and this is a chance for the unsung understudies to take centre stage.
It's an opportunity they grasp eagerly, with both hands, and with some spectacular doubling. Robert Gilbert is a no-nonsense Hotspur as well as a lisping Rakehell, Elliot Barnes-Worrell [pictured here in his regular role] an endearing Ned Poins as well as Mortimer. And Leigh Quinn, who normally goes on merely as “Traveller”, gets to play the two wives – speaking and singing in Welsh – and the two boys, potboy Francis and Peto, the young Eastcheap lad sucking his liquorice stick. She is wonderfully watchable in all four guises.
Wearing the Obelix trousers as the “melancholy lion” Falstaff is Joshua Reynolds, who's usually his old mate Bardolph.
In an ironic twist of fate, the King himself is played, as usual, by Jasper Britton, his understudy being injured.
The production, redirected for this cast by Owen Horsley, is enjoyable without being particularly illuminating – there's a nice running gag about Quickly's “husband”, the weary procession of pressed men is a memorable image, and the “lofty instruments of war” are well suggested by a surround-sound experience – musical score by Paul Englishby.


In Part Two, Quinn is still very much to the fore, playing Peto and Falstaff's Page [scoffing a bag of nuts this time] as well as Lady Percy and the Groom in the last scene, spreading “More Rushes!” for the [somewhat depleted] royal pomp, Falstaff's sad undoing. She is also left alone on stage at the very end, in place of the epilogue, possibly a premonition of the fate of the boys and the luggage at Agincourt just a couple of years down the line …

The real Mistress Quickly [Paola Dionisotti] is on duty in Eastcheap [despite what the cast sheet claimed], and Elliot Barnes-Worrell is back again as Poins. Joshua Richards is the ageing fat knight - “blasted with antiquity” - excellent, with Jim Hooper's lovely Justice Shallow, in the elegiac Chimes at Midnight scene.
Simon Thorp is the ailing Henry IV this time, very good on the amnesia and the apoplexy, though Jasper Britton still gets to walk on, notably as a green-faced Mouldy, one of the Gloucestershire recruits, who all enjoyed themselves hugely on this understudy matinée.
on Friday, December 19, 2014