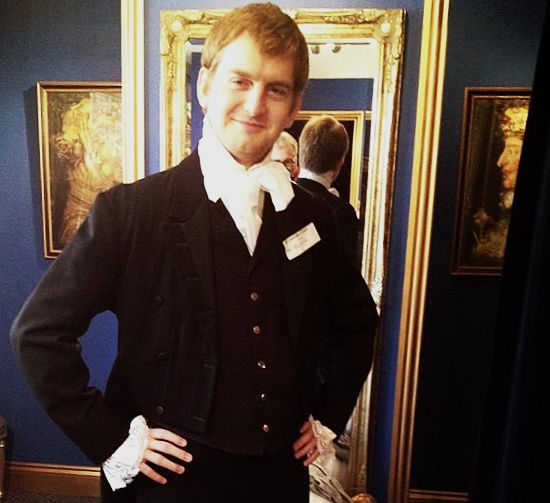 Here's the Old Court Blackadder company reunited one last time – packing the theatre every night and raising funds for J's Hospice.
A merry Christmas jape, with the story of Ebenezer's conversion wrapped around the Amy and Amiability episode from series three.
Dean Hempstead directs a cast of curious characters, from the obese orphans to the low-rent sci-fi denizens of Queen Asphyxia's court, introducing several new faces to this stage – notably Georgina Whittaker as Queenie and Natalie Davies as Millicent – and one old face in a new guise: Terry Cramphorn as the Beadle and the effete Duke of Cheapside. 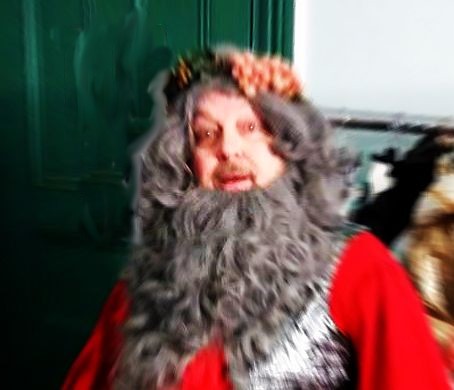 Kevin Stemp relishes the chance to revive his Prince Regent and his [Tudor] Melchett, Christine Davidson plays the grasping Mrs Scratchit, Robin Winder is the wailing Caledonian Ghost [and bluff industrialist Hardwood], and the incomparable duo of David Chilvers and Mark Preston give us various Blackadders [superbly delivered with immaculate timing] and the eternally downtrodden Baldrick, forever at the mercy of “the horridest man in the world”. 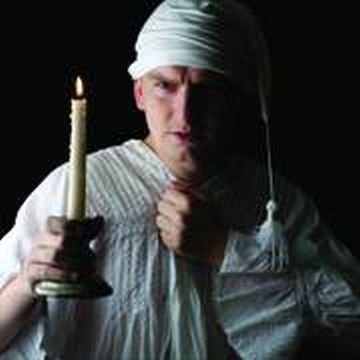 Scene changes are always going to present a challenge – Mozart, parlour music and Silent Night are rolled out to cover; especially successful was the virtue-of-necessity carol just before the delayed dénouement.
Flying squirrels, mulled wine by the hearth in the foyer, two convivial intervals and a double helping of classic comedy make this an ideal panto alternative for the run-up to Christmas. Totally sold out; but might be worth turning up early in the hope of the odd return ...
on Friday, December 12, 2014