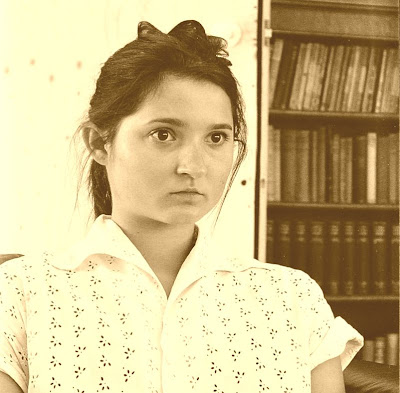 Set in the morose, monochrome world of 1950s suburban Britain, Mike Leigh's new piece looks behind the bay window and the lace curtains, and exposes a tragically dysfunctional trio.
Dorothy [poignantly played by Lesley Manville, a regular Leigh collaborator] lost her husband Victor in the war. Now she lives out a shadow of a life with her daughter Victoria, and her brother Edwin.

The play – two hours without an interval – is made up of many short scenes, linked by Gary Yershon's mournful music for lower strings. The same sort of effect as in many of Bennett's Talking Heads. Though this is a world of Bournvita and Disprin [we were constantly reminded of the period, not only by Alison Chitty's superb design, but by references to Algeria, Sputnik, Mr Wilson and the rest] many things have not changed, it seems. Manners are not what they were, traffic is a nightmare, trains are overcrowded. And teenagers – newly invented in those days – are surly and stroppy.

But it gradually becomes clear that the malaise at the heart of this household is more deep-seated than that. Edwin retires from a life-time of ingrossing, Victoria [a chilling performance from Ruby Bentall] becomes more and more withdrawn, and Dorothy, bright and brittle at the start, is greyer and more depressed with each scene.

The end, when it comes, is not entirely a surprise. As in Greek tragedy, it happens off stage. The cumulative effect of the pitch-perfect performances and the family's gradual decline into depression is heart-wrenching.

One thing that has changed in these last fifty years is our ability to talk about our problems. You may think that emotional incontinence, counselling, constant sharing and caring, is excessive, but how much worse is the complete inability all these characters share to discuss anything but the trite and the trivial. And that failure is at the heart of the tragedy in Mike Leigh's gentle masterpiece.

this piece was written following the first preview of the play ...