THE WIND IN THE WILLOWS 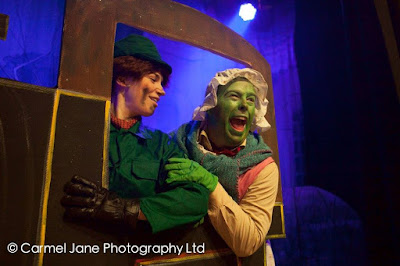 THE WIND IN THE WILLOWS
Brentwood Theatre Company
12.12.15

Mole, Ratty, Badger and Mr Toad – Kenneth Grahame's immortal characters come to the Brentwood stage for this year's children's entertainment, directed by Ray Howes.
This musical version, book and songs by American Michael Hulett, dates from the early 80s, sitting somewhere between the classic A A Milne adaptation and the NT's Alan Bennett version. The music is attractive – an atmospheric arrangement for Brentwood by MD Andy Prideaux – and the characters charming. There are cute puppet critters, too. The story comes off worst, with the villainous weasels replaced by a random Frenchman. The Piper at the Gates of Dawn is shoe-horned in, as is In the Bleak Midwinter, sensitively lit and beautifully sung though it is. 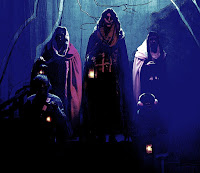 Excellent work from Francesca Burgoyne as the myopic mole, and Lucy Litchfield as all the humans, including a lovely Scouse washerwoman. Andrew Nance is the dependable Rat, and Stewart Briggs brings gravitas to the gruff Badger. Jackson Pentland's incorrigible Toad - “forever up to something new” - is a delight, unable to keep his hands off his new love the automobile, unable to express apology or remorse at the end.
The performance space is transformed – scene cloths around the auditorium, a clever camouflage webbing tree, the reeds and the willows, and Rat's cosy retreat.
Most of the youngsters in the audience were rapt; panto-style participation kept them involved right to the end.
A fresh look at the river bank from across the pond, and, for younger children, an accessible alternative to bigger, brasher festive entertainments.
on Sunday, December 13, 2015

Email ThisBlogThis!Share to TwitterShare to FacebookShare to Pinterest
Labels: brentwood theatre, THE WIND IN THE WILLOWS