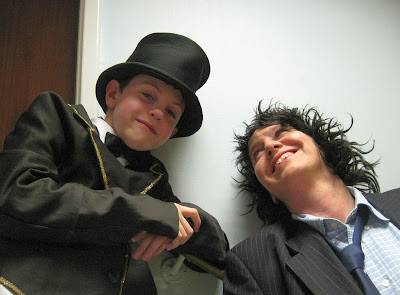 CHELMSFORD COMPETITIVE FESTIVAL
Prizewinners' Concert at the County High School
27.11.09
Two choirs book-ended this year's Prizewinners' Concert.
First, the New Hall School Chamber Choir, directed by Andrew Fardell, with Benjamin Britten and Eric Clapton, and at the end of the evening, Funky Voices, under the inspirational Sandra Colston, with a lively Goodbye to Love, followed by Lily Allen's hit Mr Blue Sky.
In between, the usual amazing variety show: a challenging piano study by Kenneth Leighton, superbly played by Lara Griffin, a poem by Roald Dahl, confidently spoken by nine-year-old Abbie Ward, two impressive jazz musicians, James Ling-Lock on piano with Oscar Peterson, and Gus Brown on sax with a number made famous by Coleman Hawkins, Louis Bellson's The Hawk Talks. Two very young violinists: Louis Loze-Carey with the catchy Fiddle Tune, and Caroline Penn with a Handel Hornpipe. Two promising singers: Jessica Hope with Roger Quilter's fast and furious setting of Shelley's Love's Philosophy, and Tara Gulrajani, who gave us a stunning Chorus Line number.
And in an affectionate nod to the Palace of Varieties, mother and son duo Tim and Nancy Leake charmed their way through Irving Berlin's Couple of Swells, suitably attired in tatty top hat and tails.