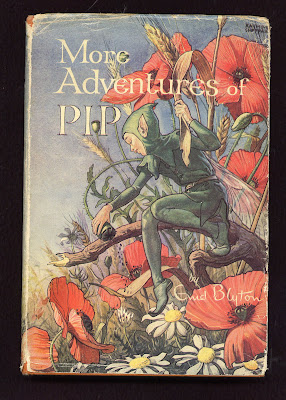 BAZAAR AND RUMMAGE
Players at Waltham at the Hulton Hall
31.10.09
Before charity shops cornered the market in old clothes and tasteless tat, our villages halls would host regular rummage sales.
I'm sure the Hulton Hall in Great Waltham has seen a few, and those glory days were relived in the Players' production of Sue Townsend's insightful comedy.
A self-help group of agoraphobics gathers to flog the Enid Blytons and the crimplene frocks. We meet Bell [Cathy Arnold], whose telly is black and white [this is 1982] and who plans to invest in a fun fur to wear when she takes the bins out. Katrina [a nicely observed character study from Carol Storey] who worships Manilow but prefers a nice jigsaw to intimacy, and Margaret, foul-mouthed and direct, brought to life brilliantly by Diana Bradley. Apart from all the laughs, she had a touching transformation scene and a poignant moment when she painfully recalled her violation on the bathroom floor.
Ineffectually in charge of the event were trainee social worker Fliss [Laura Bradley], and volunteer Gwenda [Nicky Hill], an annoying ex-agoraphobic who's missed out on life and university, sadly unwillingly to allow her charges the freedom they secretly crave.
The cast was completed by Julie Flint as the Community Police Officer with issues of her own.
A funny, touching piece, getting its second outing this year down Waltham way. This one, directed with a sure touch by Jan Ford, proved an enjoyable evening out in the Village Hall, even if we weren't allowed to snap up any bargains …
on Monday, November 02, 2009

Email ThisBlogThis!Share to TwitterShare to FacebookShare to Pinterest
Labels: bazaar and rummage, players at waltham

Far too busy with my own amateur dramatic offerings I was unable to attend any of the public performances but was 'allowed' to be at dress rehearsal with a few more 'hangers on'.
The acoustics in the hall are far from ideal and some of the dialogue went unheard. However, generally speaking the cast coped well and my guffaw was heard to good effect on quite a few occasions, especially at the line 'the vicar's is a card-holding homosexual'!
Diana Bradley's performance as Margaret was my personal highlight of the evening.
John Richardson