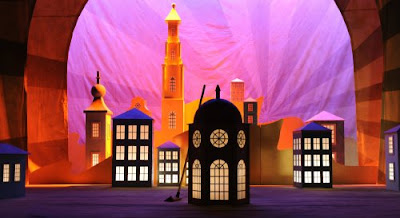 THE ELIXIR OF LOVE

Swansea City Opera at the Civic

Set in North Wales, in the 20s, this version of L'Elisir d'Amore was very easy on the eye and the ear.

Gary McCann's miniature Portmeirion – dolls houses that turned into chairs and tables – was delightful, especially when the windows lit up in Act Two.

And a strong cast brought the merry music to life, helped by Fraser Goulding's frisky orchestral accompaniment, conducted in Chelmsford by Aris Nadirian. The various duets, trios and quartets sparkled along, though a little more stage direction would have added visual interest to the score.

Rebecca Ivey was a splendid Angharad – posh in pearls, comfortable in her physicali 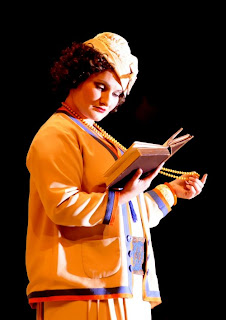 ty, fondling her suitor's broom. And her rich soprano was a constant joy, blending well with the lyric tenor of Gareth Huw John as her foolish admirer. His “Unwilling tear” was impeccably phrased.

Robert Davies was the Sergeant – memorably singing away whilst acting as a cushion – and Brendan Wheatley relished the role of the fast-talking quack whose elixir lubricates the plot.

Though in the end of course it's wealth, not wine, that attracts the girls. The three little flappers in the chorus were excellent in their “Secret” trio.

A witty, pretty Donizetti from this enterprising company; a worthy successor to their Daughter of the Regiment.