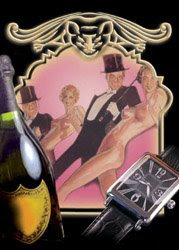 
How many times has the lovely Palace at Westcliff seen Strauss's fun-filled Fledermaus on its steeply raked stage?

Paul Tarrant - a dead ringer for David Cameron, I thought - was the hapless Eisenstein, with Fiona Whittaker in excellent voice as his wife Rosalinda. Alfred, the opera singer, was Kevin Smith, with his snatches from the repertoire, and there was great character work from David Phillips as a very Teutonic prison governor. His side-kick, Frosch, was played by Shane Collins. Normally a non-singing role, it was embellished here by a moment from Rose Marie - when did that last play the Palace, I wonder.

Adele, dream role, was beautifully played by Jenny Haxell, who even attempted to sing in mummerset.
The youthful dance troupe were very impressive, but generally the pace was less than lively, and the scene changes were obviously hard work.

Nonetheless, an exellent evening out, with a real sense of occasion. As always, RUG was raising money for charity: this time Fair Havens Hospice and The Lennox Children's Cancer Fund. 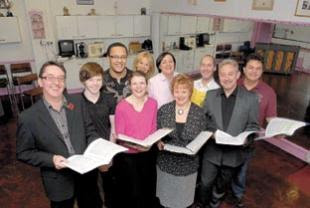