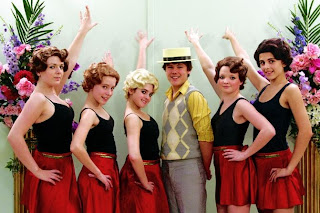 Young Gen at the Civic

The backstage musical par excellence was a natural choice for Chelmsford Young Generation's fortieth anniversary. Plenty of big numbers, some juicy roles, and a chance for everyone to revel in the glitter and tinsel of musical comedy.

Rhiannon Heap was superb as the ingénue chorus girl who comes back a star; her singing was delightful, and certainly “hot stuff in the steps department”. Dorothy, whom she replaces in the lead role, was beautifully sung by Kayleigh McEvoy – their Act Two duet was simply staged but very moving. A strong performance from Kevin Jarvis as the King of Broadway: a bit of a bully at times, but he had his tender moments too. Dependable performers Joe Toland and Chris Kirwan were the Young and Healthy tenor and the Sugar Daddy, and there was lovely character work from Lois Hirrell and Bart Lambert as the Comden and Green of the company, not to mention Elissa Brown as Annie, the Ginger Rogers role.

Ray Jeffery's sure touch gave us many memorable scenes – the tableau at the end of Getting Out of Town, the Dames sequence, from relaxed chorus boys through pastiche in pink to toppers and tails, the trip to the tea room and the inventive In the Shadows. Wigs and frocks were period perfect, with countless quick changes for the kids. And there were some very tiny tap shoes up there ...

Robyn Gowers was the tap choreographer, Bryan Cass the MD, and there was some great support from the pit: the clarinet under the pep talk, the ever-present Broadway Broadwood.

It's thirteen years since Young Gen last did Harry Warren's unforgettable songs; can we look forward to another revival in 2021 ? 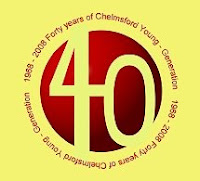