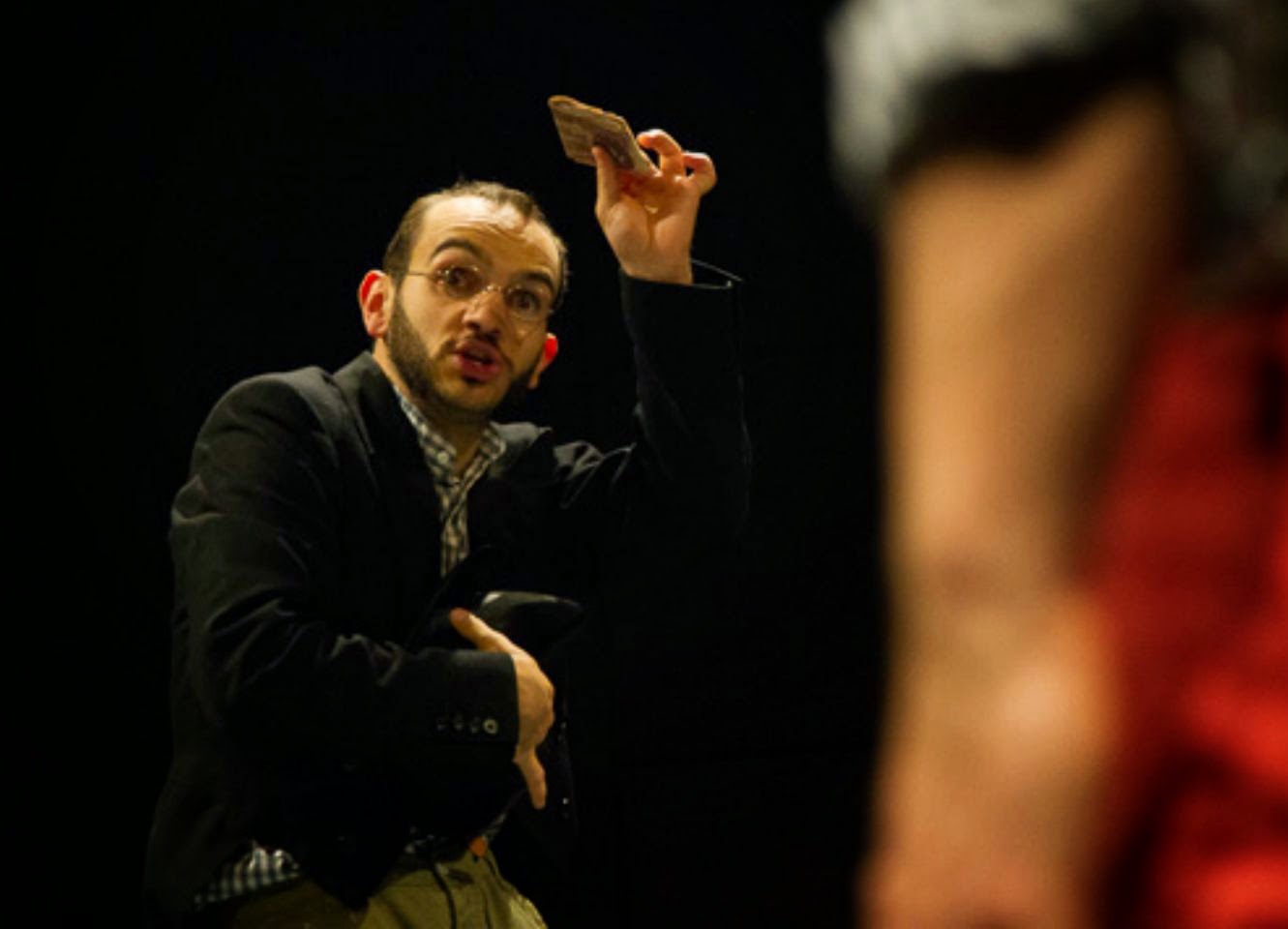 THE GOVERNMENT INSPECTOR
Flintlock Theatre at the Cramphorn Theatre, Chelmsford
10.03.2015
for The Public Reviews

This enterprising, Oxford-based company is on the road for the first time, with its acclaimed version of the Government Inspector.
A very welcome addition to the roster of small-scale tours in the region.
Robin Colyer's madcap adaptation is set against sizeable screens, gaily painted as if by Chagall on speed, with two similarly daubed chairs. There are four actors, each of which carries several character changes in his suitcase. Klezmer is pumped through the sound system.
The familiar story is told clearly, with admirable energy and physical presence. Incognito, an Inspector will call to bring to light sleaze, corruption, scandal and other “little failings” endemic in a Russian backwater. The town's officials offer blatant bribes to the pen-pusher and chum of Pushkin, and his man Osip, upgrading him from the Inn to the Mayor's residence...
The whole thing is done with consummate style, with costume detail added as necessary to the check shirts and shorts. But not only on stage. The remaining characters – the Mayor's lovely daughter, the other Peter Ivanovich – are assumed by victims from the audience, with the aid of blonde wig, mortar board, bowler hat or bonnet. An ingenious device, which would work even better in the round, as this show was originally done.
This production is pure delight, a real tonic for theatregoers of all ages and tastes. Rubber chicken ? Check. Suspenders on socks ? Check. And a constant stream of wonderful touches – the “Inspector” carried inebriated to his bed, a Fawlty moment for the Mayor as he realises he's been taken for a ride.
Sam Davies is outstanding in that role; Robin Colyer, who also adapted and directed, plays the chancer Hlestakov, Francesca Binefa is Bobchinsky and Mrs Mayor, and Jeremy Barlow is the sidekick Osip as well as the gormless Charity Commissioner.
We were really sorry when the manic mayhem was over, and the characters were packed back into their suitcases. How on earth do they maintain that frenetic pace and punch ? How do they get back up to speed after the interval ? Well, that's easy. Here are the four performers, out in the foyer, entertaining the punters with a musical interlude where The Four Lads meet the Barenaked Ladies: a medley of Istanbul and The King of Bedside Manor. Now that's class …