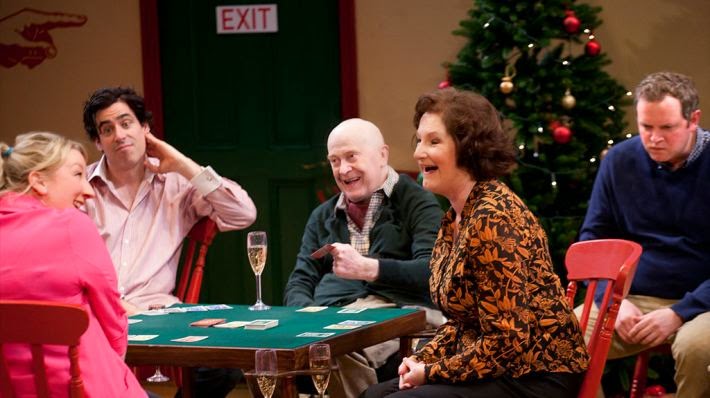 RULES FOR LIVING
National Theatre at the Dorfman

A family gathers in the parental home for Christmas, bearing gifts and grudges, mince pies variously filo-based and gluten-free. Plus a new card game: Bedlam! For age 6 and upwards – “starts out simple but rapidly descends into chaos”.
Yes, this is right up Ayckbourn Avenue – intended neither as criticism nor as congratulation. Yet Sam Holcroft's piece is edgier, with some bolder strokes.
The McGuffin here – so beloved of the Scarborough Master – is that the entire action is ludic. The floor of the Dorfman is marked out as for a board game, or basketball, and at either end, scoreboards await.
Matt [Miles Jupp] arrives, with his up-for-it actress girlfriend [Maggie Service]. His brother [Stephen Mangan] is already here, with his wife Sheena [Claudie Blakley] and their teenage daughter. It is apparent that Matt is more at ease with Sheena, Adam more suited to Carrie. And at this point the domestic comedy is enlivened by the first of the rules: MATT:MUST:SIT TO TELL A LIE. The rules proliferate, with added riders, then game-show-style scores, until the boards are flashing as the Christmas meal, like the game of cards, achieves a sublime, and ridiculous, anarchy.
It would be unkind to include too many spoilers here, but the mood turns much darker after the sit-com introduction, largely due to the characters, at first unseen, of the paterfamilias, on parole from hospital for the day, and Emma the chronically fatigued daughter.
Much of this is very funny indeed, with some reliable targets – therapy, family rivalries, infidelity and social awkwardness. Marianne Elliott gets the most out of her cast of consummate comic actors. Jupp, successful but unhappy lawyer, star, in his younger days, of fourteen amateur musicals. Mangan, failed cricketer, now banished to a Travelodge by his insufferable wife. Service's Carrie is a hilarious if ultimately tragic study of a compulsive performer – MUST:STAND UP:AND JIG AROUND: TO TELL A JOKE:UNTIL SHE GETS A LAUGH. Deborah Findlay is wonderful as Edith, the awful mother – her rules involve Cillit-Bang and Solpadeine – with telling contributions in smaller roles from John Rogan and Daisy Waterstone. Who have no rules
It is perhaps inevitable that the Rules conceit – also a metaphor for our coping strategies, and vicious point-scoring – has diminishing returns. And, once the winner – more irony - is declared there are several places where the play could have ended, but didn't. Not that the low-key final pages, with their muted farewells, were less than effective. “One day we'll probably look back on all this and laugh!” “No, actually. I don't think we will.”
The last production of the Hytner years – very enjoyable on many levels – and well suited to the refurbished Dorfman. Not for the first time we were pleased we were looking down onto the playing area from the gods. 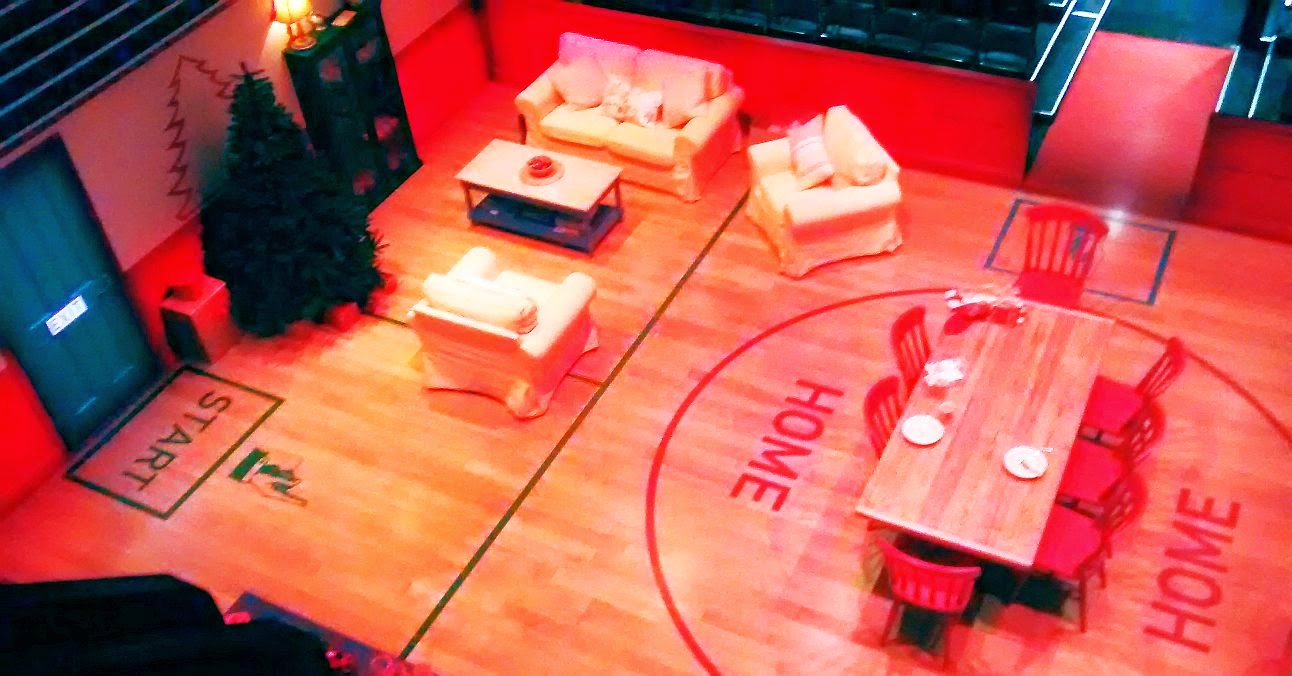