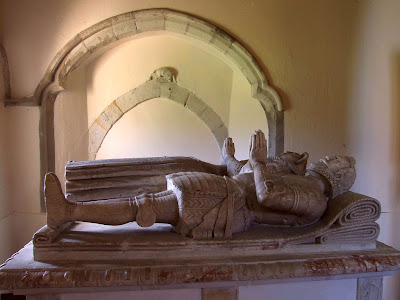 CHRISTMAS CONCERT
The Stondon Singers
22.12.09
In the icy heart of Jericho – the lovely priory church of Saint Lawrence in Blackmore – the Stondon Singers brought us their choral Christmas celebration, sung with their customary style and skill and sensitivity.
Last year we heard the popular Sir Christemas, by Welsh composer William Mathias. This year, the entire carol sequence from which it comes: Ave Rex, its four movements by turns melodious and refreshingly effervescent.
The concert was marked by contrasts. The spiritual contemplation of Arvo Part and Maurice Duruflé, Willcocks' bright setting of Ding Dong Merrily, with the dancing organ played by Stephen King. For his solo, he chose a Canon on the tune Forest Green [O Little Town] by Andrew Carter, whose arrangement of Angelus ad Virginem was part of the closing sequence.
No Christmas is complete without a party piece, and King joined conductor Christopher Tinker in a witty piano duet loosely based on Schubert's Marche Militaire, but with bits of Beethoven and broken Toy Soldiers in there too. The “composer” was John Gardner, whose best known carol, Tomorrow Shall Be My Dancing Day, was slotted in between the Carter and the Bleak Midwinter.
There was Byrd, of course, and his Spanish contemporary Victoria, followed by Tinker's delightful lullaby, Hush! My dear, lie still and slumber.
The Singers began and ended behind us in the West End – Palestrina and Stille Nacht, before the mulled wine and the chilly journey home.
on Wednesday, December 23, 2009