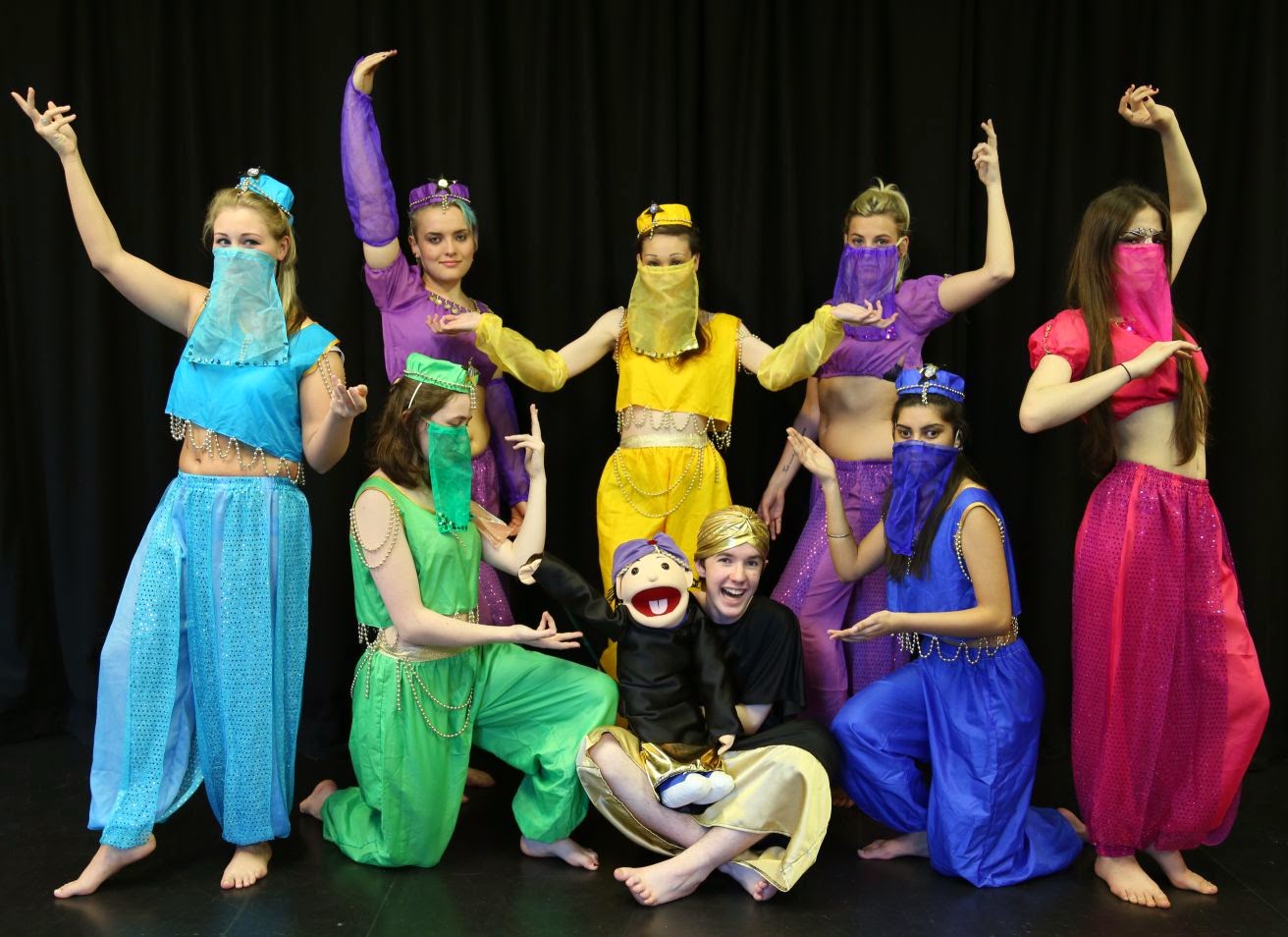 
Dominic Cooke's stage adaptation of the 1001 nights was an excellent choice for the young performers of Horizons, blending story-telling with acting in role.
All fourteen actors played multiple parts. Especially successful in switching between narration and depiction were Charlie Bailey, as Ali Baba and others, Luke Edmunds as greedy Kaseem, and Liam O'Connell as Sinbad and the beggar boy. Shahrazad, whose bedtime tales save countless lives, was played by Songul Gilgil, with Kavneet Padam as her attentive sister. But this was very much an ensemble show, with everyone playing a crucial part in the six stories and the big set pieces.
Julia Stallard's production, though its pace was sometimes sluggish, was full of ingenious creativity. The horsemen and the umbrellas turning to gold inside the Sesame cave, the great auk, the beautiful island, the dogs and the wedding arches. Some impressive puppetry, notably for Sinbad, and lovely ombres chinoises. And there was a magical moment near the end, when snatches of stories past travelled through the mist to the ear of the king [Joe Nutter].
Good to see Brentwood Theatre packed to support these young performing arts students, and watch them acquiring key language and movement skills in such an entertaining context.
on Wednesday, April 29, 2015