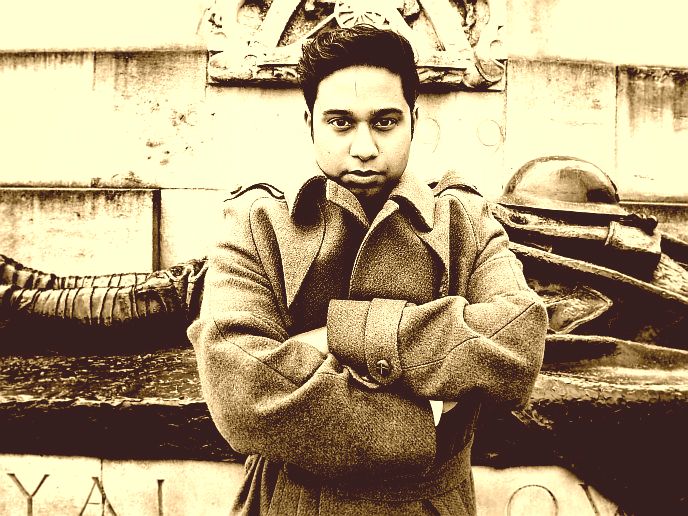 Against the bare brick vastness of the Maltings, Britten's pacifist chamber opera risks looking a little lost. Glad we sat near the front. Originally written for television, it needs the intimacy of close-ups for the powerful conflict between “the last of the Wingraves” and his martial clan.
But fortunately there are some superb performances to savour here.
Susan Bullock is the implacable aunt; Samantha Crawford the sympathetic Mrs Coyle, wife of Spencer Coyle [an excellent Jonathan Summers, looking in his mutton chop whiskers the image of W S Gilbert] the military college lecturer to whom Wingrave first confides his distaste for war. And James Way, as the Ballad Singer [written for Pears], chillingly conjures up the ghost story which gives the piece its tragic end.
Ross Ramgobin sings Wingrave – beautifully phrased, and, like almost all the characters, crisply enunciated. His “Peace” aria in Act Two is compellingly delivered, and Ramgobin subtly brings out the strength behind the tortured traitor to the Wingrave family values.
The chamber reduction by David Matthews sounds fresh and incisive in the hands of the Britten-Pears Sinfonia – all that late-Britten percussion – and the opera is conducted, with more precision than passion, perhaps, by Mark Wigglesworth.
Neil Bartlett's staging uses some makeshift screens to suggest locations, while introducing a silent chorus of present-day soldiers ["The Dead"] to move the screens and to embody the accusing ancestors. They are a constant, menacing presence, their dress uniforms an uncomfortable irrelevance to their inner aggression, frighteningly focused on Wingrave himself. And towards the end each is given a ghost child of his own, dragged ominously off into the wings.
Good to see this neglected opera back in the space which saw its first performance. And good to celebrate an Essex connection or two. Ross Ramgobin was educated in Chelmsford, and has appeared in Chelmsford Cathedral, which provides the choristers for the legend sequence, who also appear, in period pyjamas, in the massacre of the innocents …