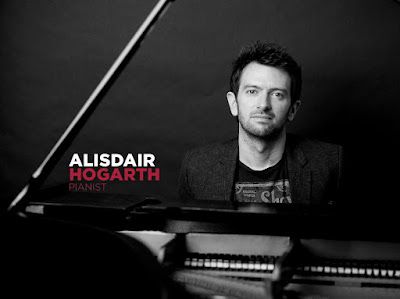 
Back to back piano concertos, with Chelmsford-born Alisdair Hogarth as soloist with the ESO under Tom Hammond.
Gershwin's Rhapsody in Blue top of the bill. Not really jazz, according to Hogarth before the concert, though the players did manage a convincing jazz sound, as well as the big orchestral palette, with a muscular soloist to match.
Shostakovich's Second Piano Concerto – a repertoire favourite, and recorded by three generations of the Shostakovich clan – was given a similarly bold reading; the outer movements sometimes sounded more deliberate, less delightfully delicate, than usual, but the sublime slow movement, with its rich string tone and eloquent piano phrasing, was superbly done.
Ten years now since Malcolm Arnold left us. And this enterprising programme opened with A Flourish For Orchestra, commissioned in 1973 by the City of Bristol. Then the Third Symphony of 1957 – the same year as the Shostakovich. A much darker piece, a memorial to the composer's mother, impressively played by the ESO, led by Philippa Barton, with sweeping, brooding strings, ominous tympani rhythms, and fleeting solos from oboe, clarinet, piccolo and of course Arnold's own instrument, the trumpet.
on Sunday, November 27, 2016

Oh I wish I'd known this was on. Sounds marvellous!