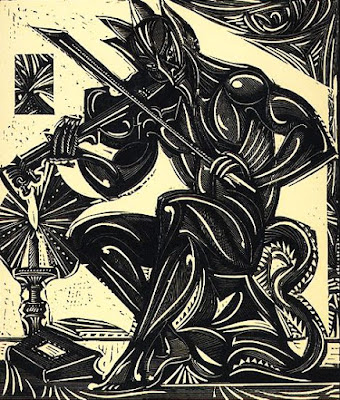 
The City of London Sinfonia, launching their “Devil's Violin” mini-tour in Chelmsford, played a brilliant programme of folk and classical, exploring the similarities and the differences, the influences and the arrangements.
Led by violinist Alexandra Wood, they began with a toe-tapping, virtuoso La Folia sequence from Vivaldi, before introducing Dan Walsh [banjo] and Henry Webster [folk fiddle]. They played reels before we heard what Grainger did with them in Molly on the Shore; they played Bonaparte's Retreat, from the Appalachian tradition, before Copland's Hoe Down and his quirky Ukulele Serenade. An insightful and entertaining juxtaposition.
The devil headlined in Piazzolla's Romance del Diablo and Locatelli's Trillo del Diavolo, both featuring stunning violin solos from Alexandra Wood, and in the upbeat encore, The Devil Went Down To Georgia, with the folkies joining the band in a fun-filled fusion.
Millions of us heard the CLS this Christmas in the soundtrack to We're Going On A Bear Hunt – Ms Wood a featured artist – now available on Sony Classical. Would it be too much to hope for a crossover CD of The Devil's Violin ?
on Saturday, January 21, 2017