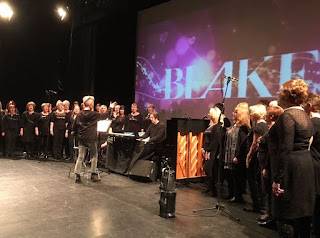 
A trio since Jules Knight left for Holby City, this “operatic” crossover man-band continues to tour the world with their close harmonies and key changes, making U2 sound like Puccini and vice versa.
Classically trained, these singers, though their education does not seem to have included filling a modest auditorium without mega-watt amplification. Not that there's much classical music on offer here: their set started with Simon and Garfunkel [Bridge Over Treacle] and included Snow Patrol, Elvis, Sting and that other crossover charlatan Andrea Bocelli.
There was gentle banter – Adele, Saga Cruises, Il Divo and Terry Wogan in the frame – and a welcome appearance by Sandra Colston's Funky Voices, backing You Raise Me Up and Jerusalem. One man band at the keys was Martin Riley. 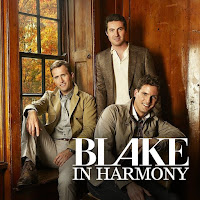 Simple staging – mics, monitors and a little mist- with video projections behind. Raindrops and waterfalls – maybe not the best choice for this audience demographic - the Union Flag and wild horses. They wouldn't drag me back, but the sell-out crowd waved, cheered and leapt to their feet at the end.
on Monday, February 01, 2016