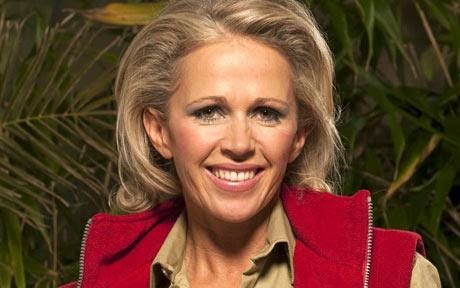 Lucy Benjamin in Deadly Murder at the Queen's

The Queen’s Theatre, Hornchurch has revealed that Lucy Benjamin is to star in its first production of 2015, Deadly Murder, running from 30 January – 21 February.

Audiences will know Benjamin from her five years in EastEnders, where she played Lisa Fowler. More recently, she has appeared in TV’s The Detectorists, Holby City and Kingdom, the feature film Not Alone and on stage, the national tour of Hairspray.

She takes the leading role of Camille Dargus in David Foley’s thriller Deadly Murder. She appears alongside the Queen’s cut to the chase... repertory company member Sam Pay (playing Ted), who audiences will know from the Queen’s recent hits Godspell, The Great Gatsby and Sleeping Beauty; as well as new cut to the chase... member Tom Oliver Cornish (playing Billy), whose recent credits include The Country Girl (Apollo, London/UK tour).

Deadly Murder is directed by cut to the chase stalwart Simon Jessop, who directed the Queen’s production of The Great Gatsby last summer [one of my picks of 2014] and co-directed Deathtrap the previous autumn. Mr Jessop is currently entertaining full houses as the pantomime Dame, Nurse Nellie.

Camille Dargus [Benjamin] a wealthy jewellery designer is taken hostage in her opulent Manhattan penthouse by Billy [Cornish], a handsome young waiter she picked up at a society party.  There’s more to Billy than meets the eye, however, and Camille summons her security guard Ted to get him out. But suddenly, she finds herself held hostage by a man who seems frighteningly familiar with the past she has struggled to forget...

Deadly Murder runs at the Queen’s Theatre, Billet Lane, Hornchurch, from 30 January - 21 February. Tickets cost £16.50 - £26.50. Audiences can save money by joining the Queen’s jump the Q scheme and watch all four cut to the chase… shows this season – Deadly Murder, Boeing Boeing, Elephant Man and Hot Stuff – from just £12.50 each.

When buying a jump the Q, customers have the choice between the flexibility and extra benefits of a WEEKENDER Season Ticket and the super value of a SAVER Season Ticket:
WEEKENDER £64 – Any night of the week for just £16 eachSAVER £50 - Monday – Thursday, previews and matinees only for just £12.50 each

Email ThisBlogThis!Share to TwitterShare to FacebookShare to Pinterest
Labels: Cut to the Chase, Queen's Hornchurch, THINGS TO COME - DEADLY MURDER