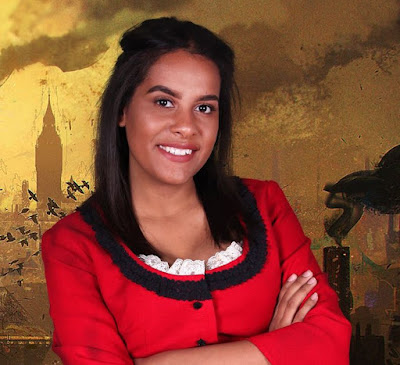 CYGAMS at the Civic Theatre

Lost count of the number of Oliver!s I've seen. From the old New Theatre to countless amateur companies and schools. But Bart's songs and Dickens' story keep us coming back for more.
This is the fourth staging of the piece by Young Gen. Sallie Warrington's production is bold and colourful, set against a nice perspective London décor, misty and evocatively lit, with only a hint of panto.
And of course she has a large cast of talented youngsters to work with – from the tiniest orphan to the chubby hubby Bumble [Edward Bonney]. In the title role [shared on other nights with Gene Gardner] Tommy Edwards is a melancholy Oliver, begging for more from the Beadle on high, and making a fine coffin follower. He handles his songs well, both solo and ensemble. Jack Toland's Fagin has an unusually impressive singing voice too, while Matthew Barnes brings a strong stillness to the evil Sykes.
Hope Davies gives a moving performance as Nancy, building her Act Two solo dramatically, floored by Sykes and rising defiantly as the music swells. Bryan Cass the Musical Director.
A likeable Dodger from Charlie Toland, a lovely Widow Corney from Amy Hollingsworth with a “beguiling smile”, and amongst the supporting roles, a 24-carat cameo from Paul French as the oleaginous Sowerberry.


Some words are lost, some chances missed, and occasionally the vital spark seems lacking. But there were plenty of great moments – the chimney sweeps, Oliver's lesson in light-fingered thieving, with the gang surrounding him, his little bed amidst the Cries of London, the chorus work in Be Back Soon, It's A Fine life, led by Nancy and Izzy Churches' Bet, and the show-girls in Oom Pah Pah, the mood suddenly changing as Sykes is heard off stage.
on Thursday, November 10, 2016