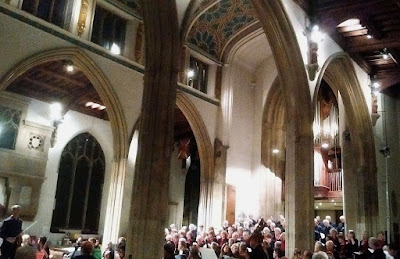 Impressive music-making in the Cathedral. The massed ranks of the Waltham Singers, directed by Andrew Fardell, joined by the St Paul's Sinfonia and two outstanding string players.
Mostly Mozart, but Haydn to begin: the dramatic motet Insanae et Vanae Curae, one of his most popular choral works. A piece of two halves, with the urgent string passages setting the mood of fear and dread, underlined by brass and drums, before the calmer, more lyrical Quid prodest section. The voices conveyed the trepidation and the meditation in a beautifully controlled performance. 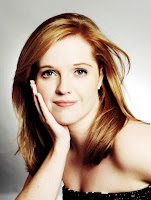 Mozart's C Minor Mass had its monumental moments, too – the closing pages of the Gloria, for instance – but precisely delivered pianissimo passages were equally powerful, from the opening Kyrie on. The soloist here was soprano Laurie Ashworth, whose contributions, notably the wonderful Et Incarnatus Est, were magnificently musical. The choir too were generally on excellent form, the diminuendo in the Sins of the World typical of their disciplined attention to detail.
Between these pillars of the sacred choral repertoire, the orchestra was joined by Julian Leaper and Martin Outram [both of the Maggini Quartet] for Mozart's Sinfonia Concertante. A constant delight, with lyrical phrasing and impassioned dialogue between violin and viola. The emotional Andante was taken at a tempo which allowed the music to breathe, without losing its impetus, before the energetic Contradanza brought the work to a sunny conclusion.
on Monday, November 21, 2016