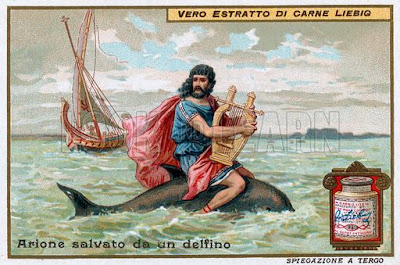 
Dove, Stravinksy, Arnold.
Names not often seen headlining a choral concert.
The Jonathan Dove was a world première, commissioned by Making Music. A lovely work, accessible for choirs and their audiences, it will surely prove lastingly popular, not least because it uses forces similar to those required by Orff's old war-horse Carmina Burana, including here the superb longfordbrown piano duo and the Percussion Ensemble of London.
It tells the ancient legend of Arion, the Voice winner who is saved from drowning by a passing Dolphin. The women are the chorus, the men the “manly shanty singing” sailors, the children [New Hall's Fibre Optic Choir] are the school of dolphins. Arion himself was sung by counter-tenor Benjamin Williamson; his first swan-song an exquisite duet with the xylophone. The percussion paints pictures together with Alasdair Middleton's witty, literate verse libretto – the sacred silver bell, the prize money, the splash as Arion leaps.
This new piece sounded comfortingly traditional after the other works: Malcolm Arnold's John Clare Cantata a revelation, a dark picture of the natural cycle of the year. Stravinsky's Symphony of Psalms, in an arrangement – not the recently recorded Shostakovich – for two pianos. The choir, conducted by Andrew Fardell, much more prominent – outstanding in the sinewy setting of Psalm 38, and in the Slavic sound of Psalm 150, with its exciting rhythms, its great bell, and some spectacular pianism.
Pianists and percussionists were given solo spots: Michael Parsons' minimalist Rhythm Studies II, and movements from Salzedo's spectacular Concerto for Percussion.
I understand that the Dove was given a simultaneous première down in Dulwich, where they had Robin Blaze and Carmina Burana ...