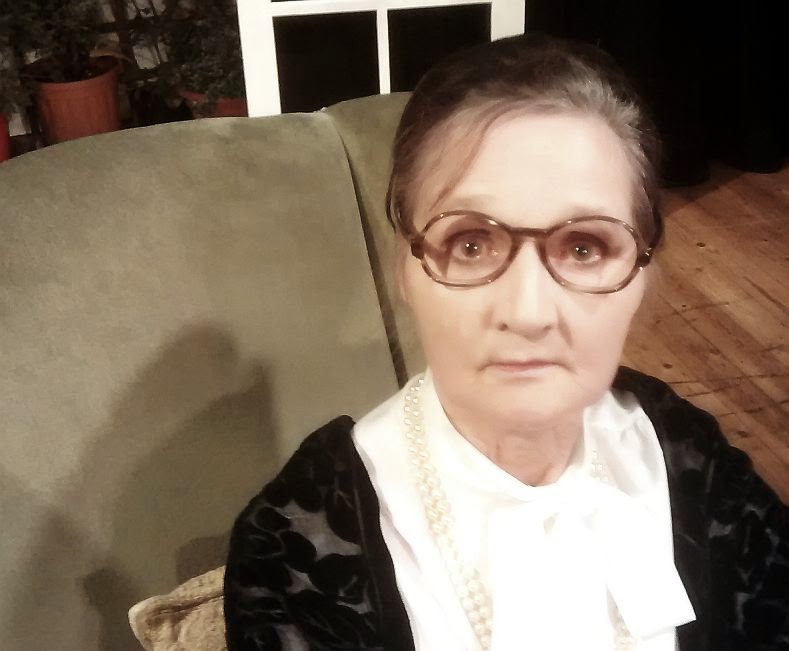 Zombies, a false-bottomed handbag, a part-time pole-dancer and a falling chandelier.
None of these, alas, appeared in this whodunnit, though they did feature in the audience suggestions collected during the interval.
This is the second murder mystery Little Baddow have presented, and, as before, the action is halted at a key moment to allow the audience's imagination free rein as they confer over the sausage rolls and battenberg.
Paul Reakes' play is an unlikely tale of infidelity, in which the masked intruder [Martin Lucas] is not all he seems. Nor is Theo Spink [John Peregrine] whose home is burgled, or his vamp of a wife [Heather Lucas]. Frumpish spinster Amelia Trim [perfectly characterised by Vicky Tropman], birthday girl, holds the key to the ridiculous dénouement, thwarting the deviant designs of Theo and the poor man's Raffles …


A most entertaining format, with the “comedy-thriller” ably directed by Lindsay Lloyd.