GREAT IS THE LORD GREAT IS THE LORD
Waltham Singers at Great Waltham Church
21.06.2014

Music in Waltham for a June evening has been a fixture in the calendar since I began reviewing more than 40 years ago.
This year's concert, by the always impressive Waltham Singers under Andrew Fardell, was a varied selection of sacred music.
The home team was represented by Edward Elgar – his solemn, often dramatic Great Is The Lord – capped by that Balfour Gardiner warhorse, Evening Hymn, for eight-part choir and organ, with its dense harmonies and soaring architecture. William H Harris's contemplative setting of Donne, Howells' Salve Regina with Annabel Malton the solo soprano, and an upbeat motet by Stanford completed the English contribution.
The visitors fielded Monteverdi – exquisite late polyphony from Venice – his successor at San Marco, Antonio Lotti, whose Crucifixus was appropriately programmed just before the Credo, and Widor, represented here by a gloriously ostentatious Eastertide motet for choir and organ, with the stirring accompaniment played by Laurence Lyndon-Jones.
The Monteverdi sounded clear and immediate in this acoustic, and the Lotti, a wonderful showcase for the choir, was beautifully crafted, as the sound builds in this tense, anguished setting.
The choral contributions were interspersed with an equally eclectic selection from the Williams Kelleher Guitar Duo, including early English lute music – Echo, by Chester cleric Francis Pilkington, a charming version of Greensleeves – and a colourful group of pieces by the contemporary Argentine composer Pujol. 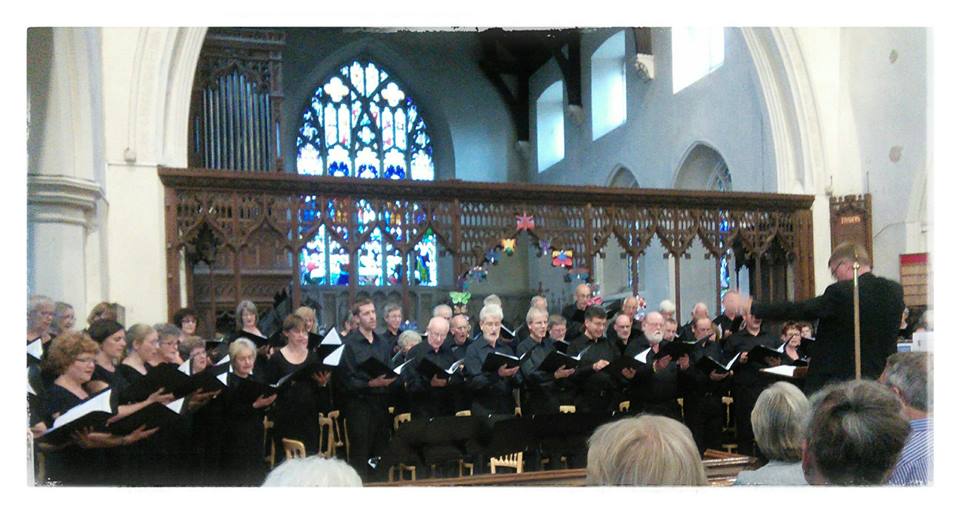 Email ThisBlogThis!Share to TwitterShare to FacebookShare to Pinterest
Labels: GREAT IS THE LORD, waltham singers