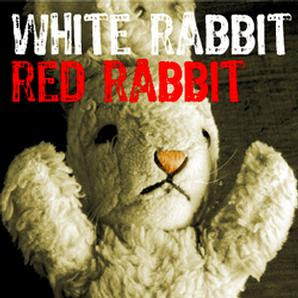 Any evening in the theatre is a unique event. But this show is remarkable in that it is being performed by a different actor for each of its five nights. And that actor will know nothing of the piece before arriving on stage – each page he turns will bring fresh surprises, new instructions. There is no director. The house lights remain on throughout.

Artistic Director Daniel Buckroyd hands actor Tomos James a sealed A4 envelope. "I have begun to read," he reads, and we're off on a journey of discovery which, for an hour, will bring Nassim into our midst. He is a child of the Iran/Iraq war. He has no passport. He cannot leave Iran. But writing, in English, makes him free, he says. He sits in Shiraz, bitter oranges close enough to pluck from the trees, a paradise. "We are all present," he chides us, for we have overlooked him when we counted the house, numbering from the right, one to twenty-three.

Tomos's performance, if that's what it is, is open, honest, good-humoured. The text sometimes feels like a letter to the audience; Nassim would like us to email him, send him a picture of the five rabbits – there's much audience participation here, though to explain more would spoil the piece for future audiences, and perhaps for future actors too. Because for every actor this is a cold reading – "not so much a play as an experiment".

One of the most moving moments comes as some simple piece of interplay with a woman in the audience amuses us all. "I wrote something, and I hope you laughed!" Nassim/Tomos comments. We did, and we felt a frisson, a tangible rapport with the writer back in Tehran. Isolated from his public, Nassim uses his fertile imagination as a political tool. The rabbits of the title are part of a fable, an allegory about his uncle and rabbits who, like Pavlov's dogs, learn behaviours which persist even when the stimulus is removed. This a grim, black Aesop, where bears harrass rabbits and crows with walkie-talkies are hidden in the rafters. And after thirty seconds of fun our thoughts are directed towards suicide.

Difficult to follow our remote writer for this final step. But when THE END is announced, and the script leaves the studio with one self-selected, eager audience member, a volunteer Red Rabbit, and Tomos is left lying supine upstage, we do feel a little uneasy, uncomfortable about our own role in this unique hour-long experiment. We are his future, he told us, but what are the limits of our obedience ? Are we controlled ? Do we conform ?

Since it was written two years ago, White Rabbit Red Rabbit has been performed many times, by actors of many kinds. To say more about the piece, or its performance style, would be to pre-empt an experience which is always re-invented. You have to be there. See it if you ever get a chance.