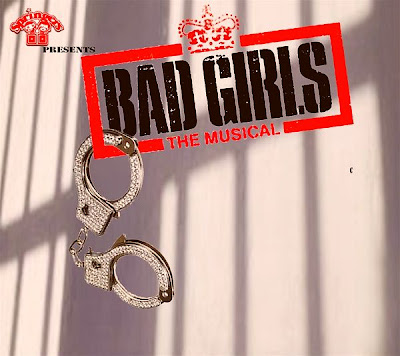 Of course it's perfectly possible to write a memorable musical, witty and hard-hitting, about life in a women's jail. But Bad Girls isn't it. It only managed a couple of months in the West End, on the back of the popular television series from which it took its title, its character [and several actors] and many of its plot developments.

Springers latest outrageous musical offering featured many strong performances from a cast mingling youth and experience, Ian Myers' great pit band [perched high over the action] and an evocative set which made the best possible use of the limited space. Sharon Scott's in-your-face direction was full of effective ideas the sounds in the dark, the riot quelled at the end of Act One, the ingenious exposure of the villain.

The chief weakness was the songs. Kath Gotts, determined to shoe-horn as many numbers as possible into the improbable book, threw in an uneasy mix of styles, slowing the action or contradicting the characters. The fantasies worked best an unlikely Astaire routine for the sexual predator Fenner [Ian Pavelin], or the Life of Grime duet [lovely double act from Deborah Anderson and Sharon Gardner as the two Julies]. One successful marriage of music and drama was the ironic Guardian Angel duet for the two dealers [Amy Jones and Tamara Anderson]. But Julie S's touching phone call to her young son was not much enhanced by the forgettable song which followed.
Great work from all these actors, and many more, including Wendy Barber's Compo Noreen, Nikki Myers as the token shop-lifting Evangelist, Beth Neame's nave new broom with Natalie Petto as her love interest, Mae Pettigrew's vulnerable Rachel, Maz Clarke's Bodybag and Catherine Gregory's wonderfully brassy Yvonne.
And a special mention for Kieran Young, enjoying his Blonde Bombshell moment on G wing.

Although it seemed bizarre to be expected to laugh and applaud in the face of girl-on-girl violence, corruption and deceit, the audience certainly responded warmly to this tale of life inside Larkhall.
on Friday, November 11, 2011