A MUSICAL EVENING IN TWO HALVES 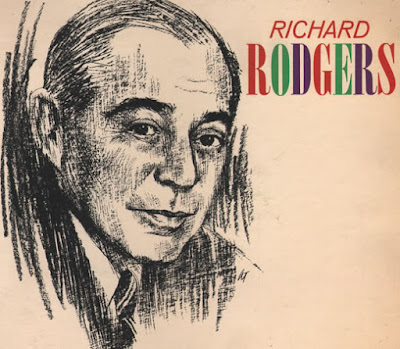 Gems from the Richard Rodgers songbook this summer at Little Waltham, looking at the great man's collobaration with wordsmiths Hart and Hammerstein.
Thirty or more classics, “loosely linked” by June Franzen's narration, factoids more or less closely tied to the numbers, more or less fascinating. Rex Harrison and Noel Coward ahead of Brynner in the queue for King of Siam ! But only the nerdiest fans would care how many grandchildren the great man had …
The choral pieces were the best – laid-back in the Mike Sammes style – with nice arrangements of Blue Moon, Honey Bun [no drag dame, alas] and I Wish I Were In Love Again.
Among the duets, an engaging Getting to Know You; solos included a lovely Mr Snow.
June Newman's production was dressed in elegant monochrome for the first half, glorious technicolor for the Oklahoma-led second.
Not everyone is Ethel Merman, and sometimes the singers were swamped by the [excellent] piano and drums accompaniment. If microphones are not a possibility, then maybe cabaret-style incursions into the audience, with follow-spot, would do the trick.
Musical evenings like this should be treasured. A chance for a Pimms or two, an opportunity to hear local vocalists on the village stage, and vital funds raised for future productions: this year's panto will be The Wicked Witches of Oz.
on Friday, July 17, 2015