MERRY IT WAS TO LAUGH THERE 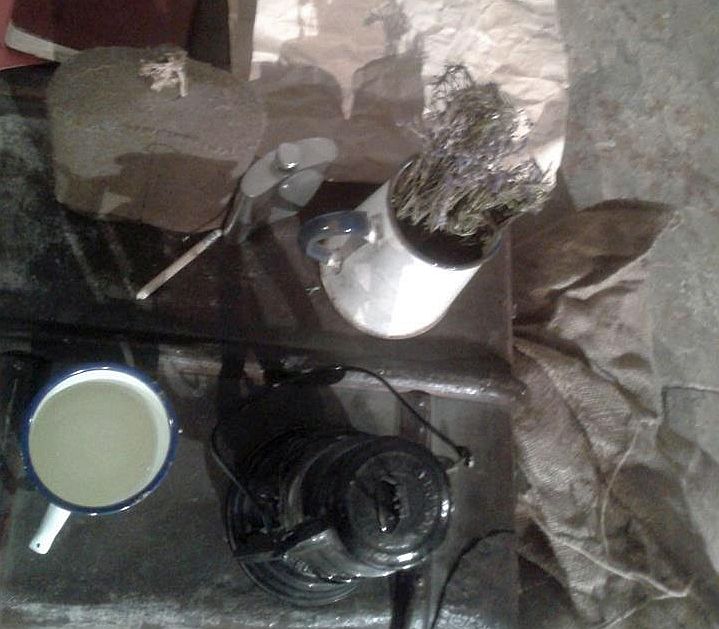 MERRY IT WAS TO LAUGH THERE
Jubilant Productions at the Mercury Studio, Colchester
11.09.2014
for The Public Reviews

A Mercury homecoming for this timely anthology; the director and the performers familiar faces in this house. Devised by the cast and directed by Ignatius Anthony and producer Jules Easlea, the show mingles great poetry with the voices of the lads on the front and, in voice over [Anthony], the carefully preserved diaries of Captain K C Buchanan, who records with a dry, laconic precision the minutiae and the horror of life in the trenches. “Dull day with showers,” he writes, and later, “Beautiful sunny day”. For the death, and burial, of a comrade.
The simple setting has a small space for Him [Tim Freeman], mess tin, kitbag, and a small space opposite for Her [Christine Absalom], one of Binyon's ”familiar tables of home”, with a brief candle burning in the sad shires. And, strewn across the floor, diary pages and letters from the trenches and the home front.
This was the first British army to be almost universally literate, thanks to our belated emulation of the Prussian education system. Hasty scribblings from front line or field hospital made these Tommies the bloggers of their day, Easlea claims, and it's easy to feel the intimate immediacy of their words, even across a hundred years.
Their thoughts are interspersed with contributions from the great and the good – Kitchener, Ataturk, an acerbic A P Herbert. The women, who found a new freedom in these dark days, are well represented here. Pacifist poet Margaret Postgate Cole - “The Veteran”, May Herschell Clark's pithy “Nothing to Report”, Rose Macaulay's “Many Sisters” and Sassoon's German mother dreaming by the fire ['While you are knitting socks to send your son / His face is trodden deeper in the mud.'] And 12-year-old Inez Quilter, remembering the fate of millions of horses caught up in mankind's conflict.
The show's title – from Wilfred Owen – suggests a lighter side, and there is a leavening of grim humour from the Tommies themselves – Mr Rat, Trench Pudding and Ragout Maconnochie, the London Skittish, and Madame la Somme, accompanied on teapot and tin plate percussion.
Rich pickings indeed from the pity of war, from Helen Mackay's troop train “Will the train never start? / God, make the train start!” to Robert Graves' Armistice Day “flappers gone drunk and indecent”.
No shortage of Great War entertainments this year. What makes this stand out is the superb sequencing of the extracts [all scrupulously listed in the programme] and the contribution of our two actors. Freeman proudly remembers his great-grandfather, who survived the war, awarded the VC on the same day, a week before the Armistice, which saw Wilfred Owen killed in action. Not readings but heartfelt performances, simply presented, with non-specific costumes, back projections, and a bonus collage in the interval - “Postcards Home” - a film by Dai Vaughan.

Merry it was to laugh there-
Where death becomes absurd and life absurder.
For power was on us as we slashed bones bare
Not to feel sickness or remorse of murder.

Email ThisBlogThis!Share to TwitterShare to FacebookShare to Pinterest
Labels: colchester mercury, jubilant productions, MERRY IT WAS TO LAUGH THERE, studio