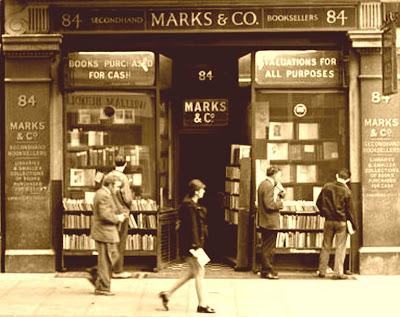 
The unmistakeably riotous, raucous, wake-up and look at me opening clarinet swoops of Gershwin's Rhapsody in Blue shook the audience to attention for Act I of Roy Howes' production of James Roose-Evans's adaptation of the true life, transatlantic relationship by letter between two people who never actually met. Act II opened with an equally brash excerpt from Bernstein's On The Town.
Multi talented director Roy Howes was responsible for the soundtrack which played an important role in adding appropriate atmosphere such as NYPD sirens and barrel organs. Also for the spacious but cluttered set with the London and New York areas clearly defined yet hugger mugger and cheek by jowl with each other.
Period details and props for the austerity period immediately following World War II when second hand booksellers shops dominated Charing Cross Road were edited by Sue Grandison.
For those unfamiliar with this soothingly quiet, introspective story Helene Hanff was a New Yorker who by chance contacted Frank Doel's employers to supply much-wanted books. Author and playwright Hanff finds she can obtain the rare books that she adores direct by post from Marks and Doel in particular is the employee who deals with her requests and finds her treasures. Their unique friendship survived across the decades to 1971.
Two of arguably Brentwood's best non-professional actors occupied the contrasting characters of sharply-edged Helene and mild mannered Frank. William Wells utterly at home in his totally unflashy role and Lindsey Crutchett edgily nestled up in her American hidey holes, a fine critic of other writers.
Everyone of the supporting roles played by Claire Hilder, Chrissie O'Connor, Martin Goldstone, Andrew Lee, Margaret Goldstone and Margaret Corry added to the believable bookshop routines as warm characters in their own right. My only quibble - Andrew desperately needed a short back and sides haircut for authenticity.
Cast, backstage team and director made us care about every one of the onstage characters as the years did their best and worst with them from 1947-1971.
I cried like a baby all through the second act of Shadowlands at Chelmsford Theatre Workshop some years ago. Equally, for the first time in 15 years' reviewing and adjudicating at Brentwood Theatre I couldn't hold back the tears at the quiet dignity and anguish of the writing and acting at the end of this beautifully detailed and controlled production. I know I wasn't alone. 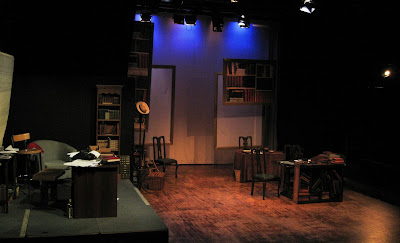