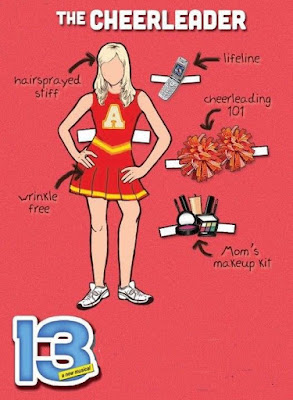 The first musical on Broadway with an all-teen cast. And now in Brentwood, with the energetically talented BOSSY team as the kids of Dan Quayle Junior High.
Jason Robert Brown's show tells the unremarkable story of a Jewish boy approaching his Bar Mitzvah. His parents divorce; he leaves New York with his mother for Appleton Indiana, the lamest place in the world. But along the way the songs have a lot to say about the insecurities and the emotions of those teenage years.
Jonathan O'Neill is outstanding as the angsty Evan – permanently worried about being popular, confused by the pressures from those around him. He has an easy rapport with the audience, and delivers the numbers and the gags with precision and style.
Elsewhere, the singing is confident, but not always accurate, and some of the best lines are under-delivered.
Enjoyable work, though, from Dan Pugh as Archie, the boy on crutches [his duet with Evan a musical highlight], Maisie Threadgold-Smith as Patrice, shyly flirting with the new boy on the block, Francesca Green as object of desire Kendra and Lydia Abbotts as the treacherous Lucy.
Cool jock Brett is played by Adam Ellis; amongst his gang, Sam Johnson stands out as a lively, sparky Eddie.
Gaynor Wilson's production is strong on dance and movement; the setting is simple, with revolving towers suggesting the locker room, the library, the soda machine and the school bathroom, where the girls film the cat-fight on their cell-phones. The Tell Me trio is a strong concept, expressively staged; the movie theater scene and the Getting Ready number are effective too.
The trials and tribulations of the teenager are a universal theme. Jewishness less so – the chorus of rabbis for Being A Geek is interminably unfunny.
Andy Prideaux and his band provide stylish accompaniment for this enjoyable coming-of-age musical – an excellent choice for this enterprising group of youngsters.
on Monday, November 09, 2015