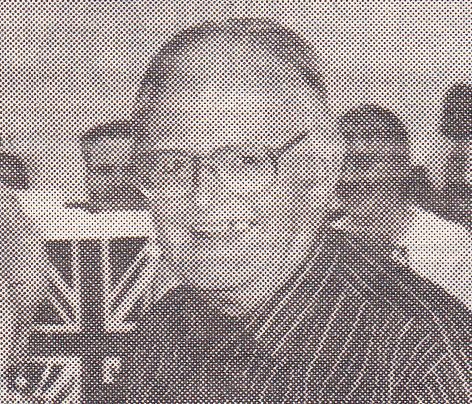 Peter Andrews died on April 24, peacefully at his Danbury home, after a long illness.
For many older Chelmsfordians, Peter Andrews was the face of the Chelmsford Weekly News. The council, the courts were assiduously covered by a reporter who loved journalism, and who knew the town as intimately as anyone.
But he is best remembered as the newspaper's Arts Editor. He inherited his love of the arts from his mother, Kathleen, a formidable actress of the old school, and they were both active members of Little Baddow Drama for many years. His encyclopaedic knowledge of music he attributed in part to his early years working in Dace's record shop, then in New London Road. He was also an enthusiastic and sensitive theatre director. And he gloried in being a character, often eccentric, always good company.
Over nearly forty years Peter wrote countless reviews of plays and concerts. He was a tireless supporter of the arts, seeing the birth of the Civic Theatre and of Chelmsford Cathedral Festival, and making sure that “his” newspaper flew the flag for the cultural scene in Chelmsford and beyond. The Poetry Competition and the Man of Arts awards scheme were just two of his initiatives. For many years "Jon Richards" and I wrote for the "opposition", the Essex Chronicle, and got to know Peter well.
When his wife Gwen died in 2000 he withdrew from public life, leaving the local arts scene a poorer, less colourful place for his absence.
His funeral was attended by family, friends and representatives of many of the arts organizations he knew and loved. The closing music was the suitably flamboyant Grand March from Verdi's Aida.

Mary Redman, who took over on the Chronicle Arts Page, adds this memoir:

What a sad year for the arts. Critic Hugh Homan, also known as Jon Richards, dying far too young a few months ago, and now this year Jim Hutchon and Peter Andrews, who has thoroughly earned his rest, following them.My first memories of the shambles that was Peter Andrews was in the 1970s as a member of Writtle CARDS eagerly awaiting his verdict on my performance. He would arrive with carrier bags and his clothes dishevelled and food stained. But rescue was waiting in the wings for when he and his beloved Gwen became partners she picked him up, dusted him off and set him on a new course together. He changed overnight from the shambles to becoming quite the dandy, an elegant peacock in brilliant colours and very smartly turned out. Gwen was his final judge of work including spelling and grammar.When I first became Arts Correspondent of the rival paper in 1987 there was a certain froideur in the air for a little while but once accepted by the dauntless duo it was a friendship based on healthy competition to find le mot juste to describe what we had seen.It was wonderfully amazing and a total joy to see with pleasure the pair of them as Gwen fearlessly, and possibly alcoholically refreshed, drove as they tackled enormous distances involving long hours. It was no wonder he often fell asleep during a performance and I used to joke that he wrote his best reviews following a nap in the stalls. The amount of time they devoted to the many long days of the Chelmsford Cathedral Festival was phenomenal. How they managed it remains their secret.What is no secret is that when Gwen died the light of Peter's life went out, but that doesn't stop us giving thanks for his life and his friendship and to remember the pair of them together.

Peter and Gwen were a delight to meet and always a great encouragement from the time I got my first mention by Peter in the paper when I was 11. In later years I also had the privilege of serving on the judging panel of the Weekly News (and as I recall CTW) annual poetry competition. I'm afraid I was totally unqualified for the job but was treated with great respect and charm by Peter and Gwen. I have very fond memories of them both.